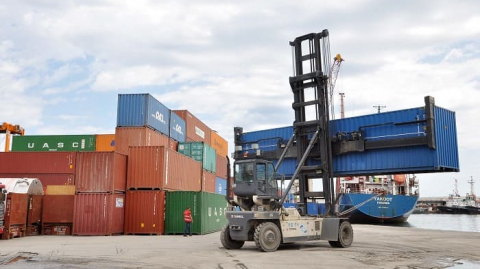 #Algeria : The Prime Minister announced that Algeria has achieved a trade surplus of more than a billion dollars, but the World Bank takes it on the wrong foot with an import bill estimated at 50 billion dollars synonymous with a deficit, this corroborated by an Algerian financial expert.

The latest World Bank report on the North African oil country continues to spark strong reactions in Algeria. If the government of the Prime Minister and Algerian financier has walled itself in silence, it has all the same left to the APS and to certain economists of the regime the task of shooting red balls on the institution of Breton Woods.

Worse, they went so far as to insinuate that a “neighbor to the West” would be behind this report which does not however say anything other than that Algeria is a rentier country and that the evolution of macroeconomic indicators is punctuated by that of hydrocarbon prices. Clearly, the country remains dependent on oil revenues and the evolution of the price of black gold. And in fact, hydrocarbons represent 95% of export earnings and more than 55% of budgetary resources.

In addition to pointing out that the improvements in the indicators of the Algerian economy (GDP growth, budget deficit, current account deficit, etc.) are cyclical and that there is a risk of a reversal of the situation in the event of an unfavorable evolution of price of hydrocarbons, another point is controversial in Algeria. This is the level of imports put forward by the World Bank and which not only strongly contradicts that announced by the authorities, but calls into question the alleged trade surplus put forward by the Algerian authorities.

According to the institution, imports should reach the $ 50 billion mark at the end of 2021. A very high level compared to official data and which would thus contradict one of the “great advances” of the Algerian government in terms of foreign trade with a trade surplus, a first since 2014, in the wake of the surge in the price of a barrel of oil which had crossed the 140 dollar mark at that time.

A level which lays bare the trade surplus announced by the Algerian Prime Minister and Minister of Finance Aïmene Benabderrahmane. It must be recognized that the gap between the two projections is huge, amounting to around 20 billion dollars, knowing that imports should be located at 30.4 billion dollars, according to the projections of the authorities.

>>> READ ALSO: Algeria. Shortages and inflation: Tebboune recognizes its failure and paves the way for imports

But what is it in reality? First, it should be noted that despite import bans and falsification of figures, reducing the import bill to just $ 30.4 billion is almost impossible. Moreover, at the end of the first half of 2021, the amount of merchandise imports had reached 2.464 billion dinars, or about 19 billion dollars, at that date, an increase of 15.70% compared to the same period of l ‘last year. During the second half of the year, the import bill should therefore not exceed 11.4 billion dollars, if we do not want to exceed the projected figure. This is very unlikely, not to say impossible to achieve when we know that at the end of September 2021, according to official data, imports of goods had already reached 28 billion dollars.

This means that to achieve the Prime Minister’s objective, Algeria must import only 3.4 billion dollars during the last quarter of the year, against a quarterly average of 9.33 billion since the start of the year. year.

If we simply stay on the same trend as during the first three quarters, imports of goods from October to the end of December should therefore be around 10 billion dollars. Especially since last October, President Abdelmadjid Tebboune asked the government to deal with soaring prices and shortages, “even if it is necessary to resort to imports, on an urgent and exceptional basis, to preserve the purchasing power and flooding the market with products subject to speculation ”, easing the policy of import bans during the last quarter.

And as a result, the 2021 bill for merchandise imports is expected to approach $ 40 billion. Which seems logical when we know that in 2020, despite the recession and the limitations on imports of goods due to the Covid-19 pandemic, this bill had reached $ 34.4 billion.

Then, knowing that the trade balance takes into account the difference between exports and imports of goods and services, it is very likely that the Algerian authorities have deliberately concealed the value of imports of services. However, these are important. In 2019, the bill for this category alone was $ 10 billion.

Taking into account this bill for services and the actual bill for imports at the end of December 2021, we should approach the amount of $ 50 billion advanced by the World Bank as the 2021 bill for Algerian imports of goods and services. So the Algerian trade balance would remain in deficit, contrary to what is advanced by the country’s treasurer.

This is what the Algerian financial expert Lies Kerrar underlines in a tweet, specifying that this figure put forward by the World Bank is far from being far-fetched as announced by the voice of the government. The APS has indeed argued that “Algeria will never and in no case” to this invoice for imports.

This figure for imports therefore illustrates the failure of policies to ban imports of goods and services from the governments which have succeeded at the helm of the country since 2016. Worse, this policy is helping to slow down the recovery of the dependent Algerian economy. equipment and inputs to produce goods.

Unfortunately, the leaders have another vision. “The reduction of imports is another concern on which the executive has tried to act to stem the superfluous purchases from abroad, on the one hand, and to rationalize, as much as possible, the supplies both for consumption households than for the production tool, on the other hand, ”explained Prime Minister and Minister of Finance Aïmene Benabderrahmane.

>>> READ ALSO: Algeria. Drugs: $ 800 million “saved” and silence on deaths due to shortages

Clearly, according to the Algerian head of government, cars, medicines, equipment for production… are therefore superfluous imports.

Thus, in addition to the deprivation of Algerians of the means of locomotion, medicines for treatment, and other goods, these bans block many projects and production units with a negative impact on the diversification and economic development of the country, maintaining the Algeria in the status of a country totally dependent on hydrocarbons. This is the meaning of this new World Bank report which calls on Algiers to diversify its economy and get out of all oil.

However, last November, the International Monetary Fund (IMF) also stressed that “the Algerian economy should recover in 2021 and 2022, but the outlook remains uncertain and difficult”, without raising waves.

Foden assures City won't back down in title chase