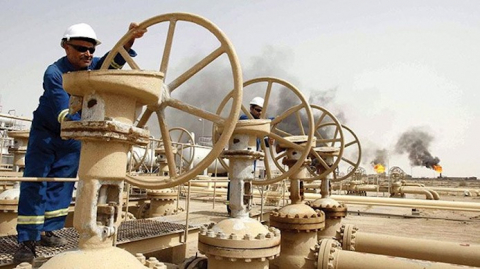 #Algeria : The World Bank’s country report goes badly in Algeria. However, the institution only spelled out the many ills of the Algerian rentier economy with non-reassuring forecasts on economic growth, twin deficits, foreign exchange reserves, galloping inflation, …

The World Bank has just released its report entitled “Economic situation monitoring report: recovering the Algerian economy after the pandemic“. From the outset, the drafters of the report announced the colors by stressing that “Algeria is enjoying a temporary respite while the prices of hydrocarbons reach new heights and the pressure of the Covid-19 pandemic is relaxed”.

The tone is thus set to clearly signify that the evolution of the Algerian economy, which the authorities are trying to improve on the basis of a so-called “trade surplus” at the end of November and a level of foreign exchange reserves of 44 billion of dollars, is only the effect of a favorable economic situation marked by the soaring price of hydrocarbons, particularly gas.

In fact, at the macroeconomic level, the surge in the price of a barrel of oil and gas and the increase in gas production in 2021 enabled Algeria to post a GDP of 3.1% in the first half of 2021 and a Non-hydrocarbon GDP of 3.9%. Rates, however, lower than those recorded before the pandemic, despite an accommodating monetary policy.

However, “in the absence of a rapid implementation of the reform agenda, the recovery will be fragile and the budgetary and external balances will deteriorate in the medium term”, underlines the World Bank. Thus, the institution, which forecasts real GDP growth of 4.1% in 2021, says it expects a gradual decline in the medium term.

Regarding the budget deficit, here too, the increase in revenues from hydrocarbons should improve the situation, compared to the previous year, and make it possible to compensate for the low level of tax receipts declining due to the situation of companies and the economy. ban on imports which reduced the customs duties collected by the State.

In addition, the state budget will benefit from the effect of the depreciation of the Algerian dinar against the dollar, the main invoicing currency for Algerian exports. It will thus artificially inflate budget revenues and help reduce the budget deficit. However, the revival of public investment and the sustained growth of current expenditure mean that the budget deficit will remain large in 2021. And according to the projections, “the overall budget deficit should improve in 2021, but it should deteriorate slowly by more in a context of expected decrease in oil revenues and rebound in public spending ”.

>>> READ ALSO: Algeria: faced with the budget deficit and the decline in foreign currency assets, the continuous devaluation of the dinar as a revenue

At the same time, “the public debt explodes in 2021”, according to the World Bank, because of “a vast program of debt repurchase with a value exceeding 15.3 billion dollars” by the Treasury. It is about the repurchase of debts of public enterprises in difficulty towards public banks, in exchange for Treasury bonds. This policy increased the public debt, which represented 49.8% of GDP in 2020, by 12.9% between the end of 2020 and the end of July 2021.

Regarding the current account deficit, it was reduced in the first half of 2021 thanks to the sharp increase in exports and revenues from hydrocarbons (increase in gas exports by 138%) and non-hydrocarbons ( + 118%), but also because of an import bill which remained contained due to import bans aimed at reducing foreign currency outflows. Here too, everything will depend on the future evolution of hydrocarbon prices. “The current account balance should improve markedly in 2021 and 2022 with the peak of hydrocarbon exports, but then deteriorate”, forecast experts from the Breton Woods institution.

And for all these indicators, World Bank experts argue that “in the absence of a rapid implementation of the reform agenda, the recovery will be fragile and the fiscal and external balances will deteriorate in the medium term” , with “the anticipated decrease in oil revenues”.

Regarding the economic outlook, “Algeria’s intact dependence on hydrocarbon revenues, the appearance of new variants of Covid-19 and the pace of the reform efforts announced remain the main sources of risk for economic outlook ”, explain the institution’s analysts, who also add that“ in the absence of a rapid implementation of the reform agenda, the recovery will be fragile and the budgetary and external balances will deteriorate in the medium term. term”.

In short, the diversification that the authorities have continued to put forward in recent months as a real advance in the Algerian economy is far from corresponding to the reality of a rentier economy, punctuated only by development. the price of hydrocarbons.

In addition, at the level of inflation, the World Bank report underlines that “in October 2021, the consumer price index had increased by 9.2% year-on-year, a peak since 2012”, joining the recent announcement of the governor of the Bank of Algeria, while explaining that “due to the sharp rise in food inflation, the purchasing power of the most vulnerable segment of the population was disproportionately affected in 2021 , given the major weight of food products in his consumer basket ”.

And all the more so as the rise in prices is even more noticeable at the level of food products with an index up 16.5% year-on-year, under the effect of “a disappointing harvest, efforts to rationalize subsidies and the depreciation of the national currency ”, but also of the evolution of the prices of imported raw materials and the effects of import ban policies which have led to shortages in Algeria, resulting in an imbalance between supply and demand for many products logically leading to price increases.

>>> READ ALSO: Algeria: the end of subsidies to basic products, a necessary evil that worries

A situation that has been confirmed for several months in Algeria and which has resulted in strikes by two of the country’s most important unions, those in education and health, which are demanding wage increases to compensate for the losses. purchasing power.

In short, nothing new in this World Bank report which only confirms the economic realities that the Algerian authorities themselves know, but try to hide by embellishing manipulated figures. Hence the misunderstanding of this hysterical exit from APS.