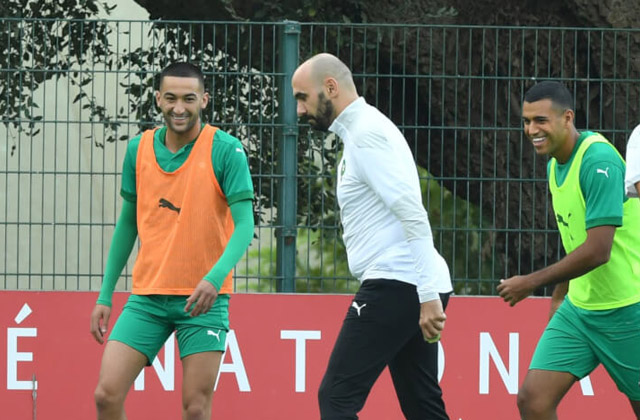 Walid Regragui’s Atlas Lions completed their second training session on Tuesday as part of their preparation for the World Cup Qatar 2022.

On Monday evening, the Atlas Lions carried out their first training session at the Mohamed VI Sports Complex. It was the first for new coach Walid Regragui who led the session. in the presence of 24 players.

This Tuesday, all the Atlas Lions responded and 28 of them took part in the day’s session including Hakim Ziyech and Abdessamad Ezzalzouli. Noussair Mazraoui, Sofiane Amrabat and Yassine Bounou were exempt.

The group is therefore complete with its 31 players to prepare for the two friendly matches scheduled during this international break.

As a reminder, the Atlas Lions will face Chile this Friday, September 23. Then, Walid Regragui’s men will face Paraguay on the 27th of the same month. These two matches will be played in Spain.

A digital platform for monitoring traffic violations in Morocco