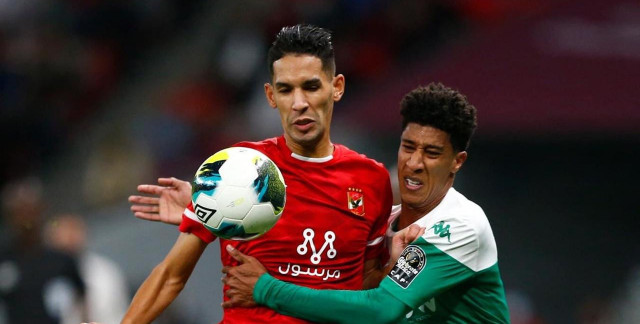 The Cairo club opposes a categorical niet to the departure of its Moroccan defender, Badr Benoun, coveted by Gulf clubs.

Author of remarkable performances in the FIFA Arab Cup, which took place in Qatar from November 30 to December 18, 2021, Badr Benoun is on the shelves of no less than three Gulf clubs, who have openly expressed their desire to enlist the Moroccan central defender.

But his club, Al Ahly SC, do not intend to let go of one of its major elements. And he made it known. According to the Egyptian site Sada El Balad, contacts took place between Karim Blaq, agent of Badr Benoun, and Amir Tawfik and Sayed Abdel Hafeez, respectively in charge of transfers and marketing and sporting director of the club cairote.

“We care about the player and have no intention of approving his departure in January in case of offers,” Abdel Hafeez told Blaq, quoted by the Egyptian media.

The same manager continued: “Badr Benoun is one of the important and essential elements within the team. It would be difficult to agree to sell it for technical reasons, in addition to the fact that the team is evolving on several fronts ”.

Badr Benoun joined Al Ahly Sporting Club in November 2020, from Raja de Casablanca for an estimated amount of more than 20 million dirhams. He has played so far, with the Cairo club, 50 games and scored four goals. He is considered one of the centerpieces of the South African coach Pitso Mosimane’s squad.

The central defender was called up by the national coach, Vahid Halilhodzic, for the African Cup of Nations (CAN 2021) scheduled from January 9 to February 6, 2022 in Cameroon.

The eye of Gueddar. Algiers summoned to display full map of Morocco