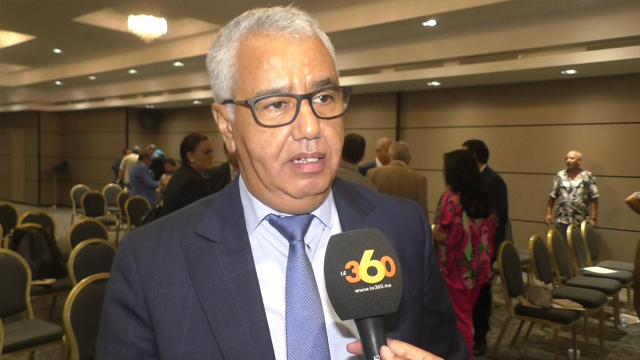 Brahim Mansour, secretary general of the National Association of Media and Publishers (ANME), during the ordinary general meeting held on Friday September 22, 2022.

The National Association of Media and Publishers (ANME) held its first ordinary general meeting this Thursday, September 22, 2022. This meeting was an opportunity for the members of the association to “discuss and approve the annual report before considering the projects in progress, as well as those to come”, declared for The360 Brahim Mansour, secretary general of ANME.

According to him, the ANME has opened several projects, the most important of which is the financial situation of press companies. “We contacted the supervisory ministry (Ministry of Youth, Culture and Communication, editor’s note) to benefit from its support in the investment, and this, in the interest of the press company”, a explained Brahim Mansour.

Proud of ANME’s annual report, our interlocutor highlighted the association’s two priorities. “We are committed to pursuing the defense of national causes, and developing press companies so that they gain strength, competitiveness and autonomy,” he explained.

It should be noted that the moral and financial reports were unanimously approved by the members present during this ordinary general assembly, which also saw the re-election of Driss Chahtane as president of ANME.

Abderrahim Beyyoud receives the "Diplomat of the Year Award", H24info

Sahara: Morocco puts Algeria before its responsibilities and calls for the resumption of the round table process

In Mali, the diatribe of the Prime Minister of the junta in New York divides