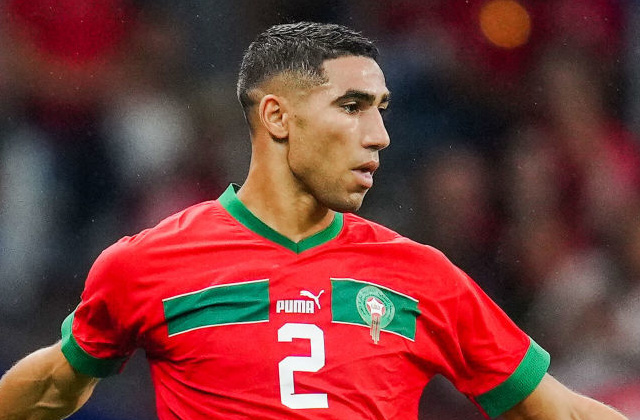 Barcelona – The Moroccan football team won hands down against its Chilean counterpart by 2 goals to 0 (half-time 0-0), Friday evening at the RCDE stadium, in Barcelona, ​​in a friendly match. This is the first meeting of the Atlas Lions under the leadership of their new coach Walid Regragui, appointed at the end of August.

For this confrontation, Regragui opted for the duo Achraf Dari and Ghanem Saiss in defense, with Achraf Hakimi and Noussair Mazraoui as full-backs.

Chelsea midfielder Hakim Ziyech was also established in the midline, as was Youssef En-nesyri in attack.

Even if Chile did not manage to qualify for the Qatari World Cup, it showed that it is a quality sparring partner for the Atlas Lions who, despite the challenge of the match, enjoyed themselves on the field and seemed to finally find the pleasure of the game.

The first serious attempt to open the scoring was in favor of the Atlas Lions when Achraf Dari’s header shot grazed the left upright of the Chilean keeper (8th).

Boosted by an audience committed to their cause, Soufiane Boufal’s teammates monopolized the first part of this meeting head and shoulders, without managing to deceive the vigilance of the Chilean goalkeeper.

During the second act, the nationals continued their momentum with the intention of opening the scoring, an objective which almost materialized but the goal scored by Achraf Hakimi from a free kick was invalidated by the referee of the meeting for off -Game.

Chile, numb at the start of the second part, quickly responded through former Barcelona player Arturo Vidal, whose lightning shot hit the crossbar.

In the 66th minute, the national team opened the scoring thanks to a penalty converted by Soufiane Boufal, which cheered up the hearts of the thousands of Moroccan supporters present at the RCDE stadium.

A few minutes after his entry into play, Abdelhamid Sabiri adds to the addition in favor of the Atlas Lions with a point-blank shot (78th). This victory is, without a doubt, beneficial for the morale of the players who are trying to adapt, little by little, to Walid Regragui’s tactical scheme.

In the final phase of the World Cup, the Atlas Lions will play in Group F alongside Belgium, Croatia and Canada.

Kénitra: a citizen and police mobilization made it possible to find the kidnapped girl

Arrest of a fake psychiatrist in Casablanca