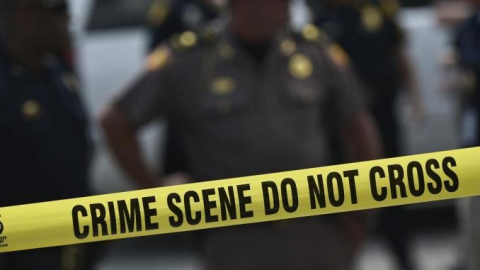 #Morocco : Crime is growing in the world and the African continent is no exception. Physical assault, drug trafficking, armed robbery, murder, etc. are on the rise in many major African cities. Here are the most and least safe, according to Numbeo.

With the economic crisis that the world is going through, aggravated in recent years by droughts, the Covid-19 pandemic and, more recently, the effects of the Russia-Ukraine war, crime tends to increase in the world, with, almost everywhere, a worrying increase in physical assaults, drug trafficking, armed robbery, murder… And to measure the evolution of this crime in the world, the famous global database Numbeo has established a ranking of 407 cities.

>>> READ ALSO: Crime index: 4 cities in South Africa in the top 5 for violence

To establish its index, Numbeo is based on no less than 9 indicators: crime rate, evolution of crime over the last three years, sense of security in cities, citizens’ concern about attacks, risk of physical attack by strangers, risk of enduring insults and harassment in the street, risk of physical aggression related to race, ethnicity and religion, sale and consumption of drugs, and economic cost of violent crimes.

The 2022 ranking covers a total of 470 cities, including 23 African ones. None of these are in the category of cities with a “very low” level of crime. The bulk of cities on the continent fall into the “moderate” and “high” categories. However, three cities on the continent are in the “very high” category, appearing in the global top 10. These are the South African cities of Pretoria, Durban and Johannesburg.

In contrast, South Africa concentrates most of the cities where crime is high in Africa. Indeed, the first 6 cities of the continent where the crime rate is the highest are South African: Pretoria, Durban, Johannesburg, Port Elizabeth, Cape Town and Bloemfontein. Windhoek (Namibia), Luanda (Angola), Lagos (Nigeria) and Tripoli (Libya) complete the top 10 African cities with high crime rates.

CAF Cup: RSB and FAR know their next opponents