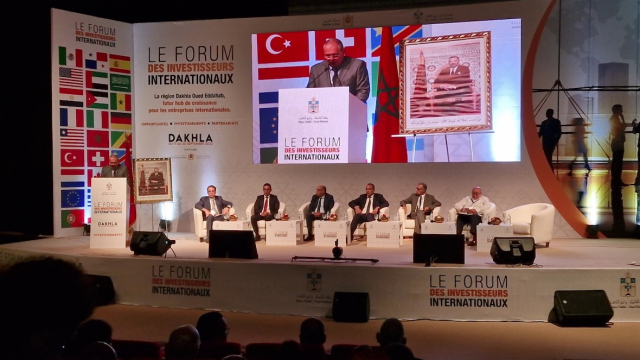 Panel during the International Investors Forum, which was held on September 18 and 19, 2022 in Dakhla.

Kiosk360. The attractiveness of the Dakhla-Oued Eddahab region confirms its attractiveness with more than 1,650 companies created in 2021, an increase of 25% compared to the same period of 2020. This article is a press review of the newspaper Today The Morocco.

Remember that creations were limited to 1,320 for the same period in 2020. Today Morocco points out that the average time for business creation through the CRI of Dakhla-Oued Eddahab is 8 days. “Despite a dominance of legal persons amounting to 66% of the units created, the legal format of natural persons (PP) remains attractive for project leaders in the region, standing at 34% of total creations, followed by joint-stock companies (SNC) which have experienced, despite their low representativeness, an increase of around 170% compared to 2020”, we note.

It should be noted that, like other regions of the Kingdom, the LLC remains the most attractive status for companies created. “With a recorded increase of 40% compared to 2020, the 1,050 SARLs justify a more pronounced sectoral diversification than the other legal statuses, largely dominated by miscellaneous services which stand at 41%, followed by agriculture, fishing, trade, tourism, construction and public works which represent 52% of creations”, notes Today Morocco.

It should be noted that around a third of creations in 2021 (out of a total of 571) are represented by natural persons (PP), 74% of whom operate in commerce, followed by miscellaneous services at 20%, mainly dedicated to services for individuals. Similarly, tourism (operation and management of tourist and catering structures) and crafts (craft productions) come next with 6% of the total PPs created.

It should also be noted that out of 573 investment projects submitted during 2021, 55% were validated by the SPOCs within less than a day, representing a total investment amount of 21.8 billion dirhams, an increase of 29% compared to 2020. In addition, the job creation potential estimated at 9,772 jobs for 2021 increased by 19% compared to the same period of the previous year.

Tangier: launch of the Center for Research and Archives on Judaism in Northern Morocco