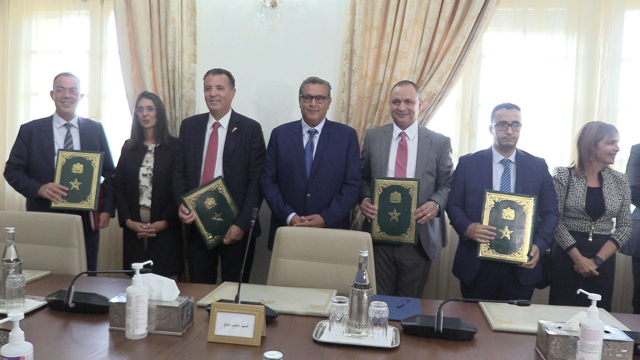 Ryad Mezzour, Minister of Industry and Trade, and the General Confederation of Moroccan Enterprises launched the Tatwir R&D and innovation program and signed the agreement under the chairmanship of the head of government, Aziz Akhannouch, on September 14 in Rabat.

VideoThe Ministry of Industry and Trade and the General Confederation of Moroccan Enterprises have launched an ambitious program, Tatwir R&D and innovation, which plans to financially support 100 qualified projects that are the subject of invention patents.

The annual budget allocated to this support amounts to 300 million dirhams, declared, on September 14 in Rabat, the Minister of Industry and Commerce, Ryad Mezzour, during the signing of the agreement under the chairmanship of the of the government, Aziz Akhannouch.

The agreement was signed by the Minister of Industry and Trade, Ryad Mezzour, the Minister Delegate in charge of the Budget, Fouzi Lekjaa, the Director General of the National Agency for the Promotion of Small and Medium Enterprises, Brahim Arjdal, and by the president of the General Confederation of Moroccan Enterprises, Chakib Alj. The program, according to a press release, will be provided through the Innovation Support Fund (FSI).

On this occasion, Ryad Mezzour highlighted support for the development and strengthening of invention patents. This support represents 80% of the costs related to the development of the project and the patent filing and will be capped at one million dirhams. In addition, support will be granted to innovation and development projects through a contribution of 60% with a ceiling of 4 million dirhams.

The President of the General Confederation of Moroccan Enterprises (CGEM), Chakib Alj, welcomed the signing of this major agreement, highlighting the importance of research and development for the growth of the economy. country and the promotion of industrialization.