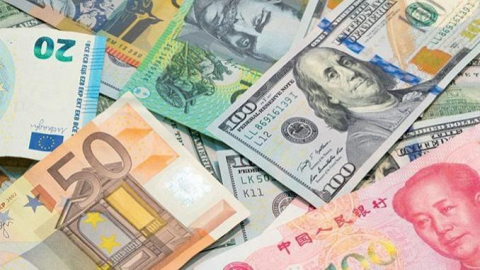 #Other countries : Egypt’s external debt continues to increase under the effect of a difficult economic situation. At the end of March 2022, it stood at nearly 158 billion dollars, an increase of 20 billion dollars since June 2021.

Apart from South Africa, Egypt is the most indebted country in terms of value vis-à-vis the outside on the African continent. Indeed, according to data from the Central Bank of Egypt, at the end of March 2022, the country’s external debt stood at 157.8 billion dollars. It has thus increased by $20 billion since June 2021. To date, 5 months later, it is certainly much higher.

Regarding the distribution by maturity of this debt, it is globally dominated by long-term borrowings which represent 131.4 billion dollars, or 83.3% of the amount, while the remainder is made up of short-term debt (26. $4 billion).

Regarding creditors, loans granted by multilateral institutions and bonds issued abroad represented respectively 52 billion dollars and 29.4 billion dollars. Added to this are long-term deposits made with the Central Bank of Egypt by Arab countries (United Arab Emirates, Saudi Arabia and Kuwait) which amounted to 15 billion dollars.

Short-term debt represents 71.3% of the country’s net international reserves as of last March, compared to only 33.8% in June 2021. A sharp drop in the ratio which is explained by the sharp rise in short-term debt in 12.7 billion dollars and the decline in the country’s foreign exchange reserves as a result of soaring prices on the international market and debt service repayments.

>>> READ ALSO: Africa. Debt: here are the 10 least and most indebted countries

At the bilateral level, the Arab countries together have made loans amounting to 39.6 billion dollars. The United Arab Emirates and Saudi Arabia weigh respectively 11.4% and 7.8% of Egypt’s foreign debt. Claims against the Paris Club amount to $9.5 billion and $7.6 billion was due to China.

With regard to borrowing currencies, which gives an overview of the exposure of the external debt to the volatility of the foreign exchange market, we note that the Egyptian debt is largely denominated in US dollars. At the end of last March, debt denominated in dollars stood at 103 billion dollars, or 65.20% of the amount of the country’s total debt. Other borrowing currencies are the IMF SDR ($24.8 billion to the euro ($17.2 billion), the Kuwaiti dinar ($3.9 billion), the Chinese yuan ($3.7 billion), the Japanese yen ($3.1 billion) and other currencies ($2 billion).

>>> READ ALSO: Egypt: foreign exchange reserves up to 40.47 billion dollars thanks to indebtedness

This means that Egypt is very exposed vis-à-vis the evolution of the American greenback. Thus, the “devaluation” of the Egyptian pound by 13% against the dollar last March has a negative impact on the country’s debt service by increasing the cost of servicing debt denominated generally in dollars.

However, the amount of debt service weighs heavily on the expenditure of the State budget. It reached $20 billion between July 2021 and March 2022 (16.6 billion in principal and $3.4 billion in interest), compared to $10.9 billion for the same previous period.

17 dead in protests over the death of Mahsa Amini, access to social networks blocked

"If I were the head of state, I wouldn't go," says François Hollande, H24info