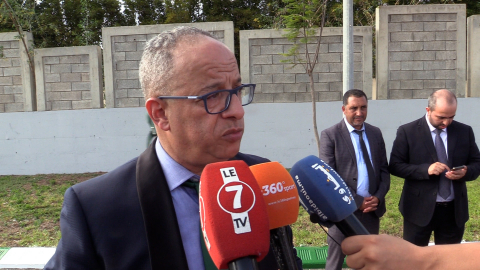 Speaking on the sidelines of the inauguration of the Raja Academy in Casablanca, this Thursday, September 22, 2022, Aziz El Badraoui soberly evoked the departure of Faouzi Benzarti and made a revelation about his future successor.

Aziz El Badraoui was probably happy, this Thursday, on the occasion of the inauguration of the Raja Academy. But the president of the Greens could not escape the nagging question of who will succeed Faouzi Benzarti, from whom the divorce was recorded on Wednesday, September 21.

“Benzarti left yesterday. He felt unable to continue the adventure, as he said. We thank him for his contribution and wish him good luck for the future”, first insisted on specifying the boss of Raja.

As for the successor of the Tunisian technician, Aziz El Badraoui reveals that, “among the CVs we received, three were selected. We are studying them…”. And to affirm that the next coach of the club will be a foreign executive.

After three days of Botola Pro D1 Inwi, the Greens are in 11th place with two points (two draws and one loss).

The 8th International Conference of Single Windows, from September 26 to 28 in Marrakech