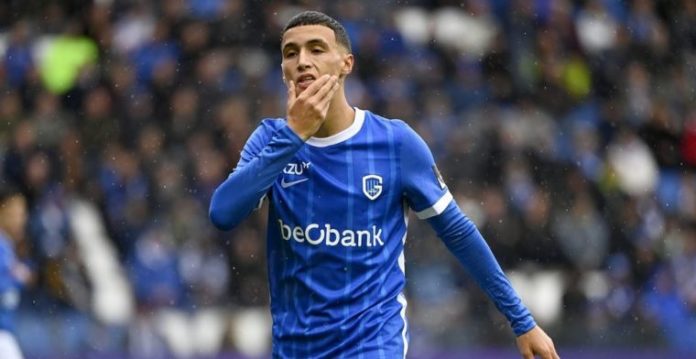 Bilal Al-Khanous made a strong impression with his Belgian club KRC Genk. The young 18-year-old midfielder has dual Belgian and Moroccan nationality and according to Belgian Under-21 coach Jackie Mattisen, the young Al-Khanous has definitely opted for Morocco.

At the microphone of TVL Sportcafé, Jackie Mattison was questioned about the player’s case and in particular about his possible choice for Morocco which would therefore be final.
“Yes, according to the information I have,” he replied…
“It’s a shame because he’s a very good and interesting player. “But if it turns out to be where his sporting future lies, and it’s his right, we’ll accept it,” Mattison continued.

The future Lion will have played for Belgium’s Under-15, Under-16 and Under-18 sides, before recently joining Morocco’s Under-20 youth team.
The young midfielder has therefore officially chosen Morocco and the den of the Lions!

Bilal Al-Khanous has joined the camp of the national under-23 team, which will face the Senegal team next Thursday and Sunday, a match which will take place at the Prince Moulay Abdullah sports complex in Rabat at 6:30 p.m.

Ligue 1: Controversial expulsion of Boufal, the LFP rectifies the situation