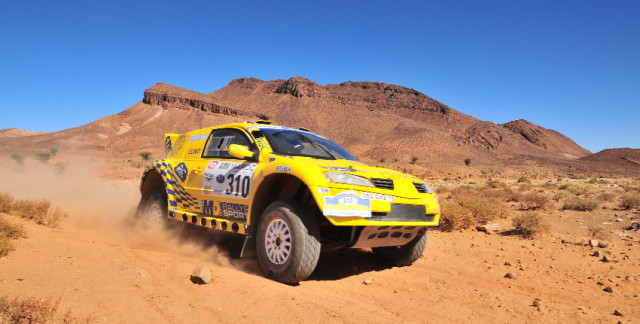 The Association Adventures In Morocco (AIM) is organizing in the Essaouira region, from September 23 to 25, the Mogador 2022 automobile raid.

The raid, which will take place in several regions of Essaouira, will see the participation of 13 crews, including crews of ladies used to taking part in this event, said AIM in a press release.

The regularity rally is a car rally where respect for the highway code and the required speed take precedence above all, according to the same source, adding that the average speed of the stages in a regularity rally is generally less than 50 km /h and on a route well defined by the organizing committee.

Drivers must show good driving rigor in order to cover the course of the event in a well-determined period of time.

The rally is governed by several rules, organizers say, including maintaining a safe distance between vehicles in convoy formation and not overtaking a vehicle unless specifically instructed.

Participants must also maintain a constant reduced speed except in cases that require acceleration.

The first day is dedicated to the technical control of the vehicles and a briefing on the course of the competition, while the 2nd day (September 23) will know the holding of the Orientation test. The regularity test is scheduled for Saturday.

Through the organization of this raid, whose organizers want to make it an annual meeting, AIM aims to make known the natural assets of the different regions of the Kingdom to Moroccan and foreign tourists through the routes taken by the competitors, as well as the richness and authenticity of the traditions of these regions.

The Atlas Lionesses prepare for the 2023 World Cup against Canada