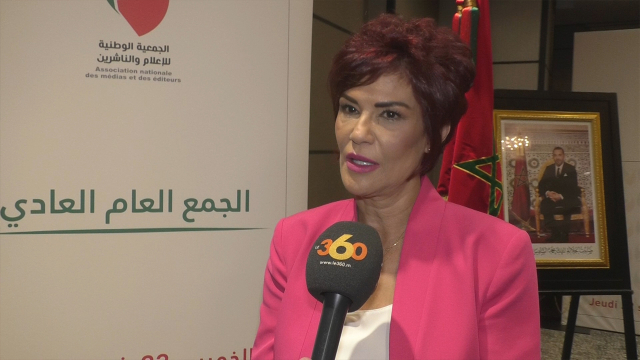 Fatima Zahra Ouriaghli, assessor and member of the ANME executive board.

VideoThe National Association of Media and Publishers (ANME) held its ordinary general meeting this Thursday, September 22, 2022 in Casablanca. Among the points discussed, the constraints related to the exercise of the profession. Assessor and member of the association’s executive board, Fatima Zahra Ouriaghli tells us about it.

The National Association of Media and Publishers (ANME) held its first Ordinary General Assembly this Thursday, September 22, 2022 in the presence of more than 80 press companies from the various media: print, digital, regional press and private radio.

On the agenda of this meeting, the presentation of the moral and financial reports of the association, in addition to the treatment of very diverse questions relating to the constraints linked to the sector.

“In addition to the presentation of the two moral and financial reports, we discussed a set of projects on which we have worked since the creation of ANME in June 2020. These projects have been carried out in the interest of the journalist and of the press company”, declared Fatima Zahra Ouriaghli, assessor and member of the executive office of ANME, for Le360. She also recalled the context in which ANME was created, marked by the Covid-19 health crisis.

It should be noted that the two reports, moral and financial, were unanimously approved by the members present at this ordinary general assembly.

It should also be noted that Driss Chahtane was re-elected unanimously as president of ANME.

Tangier: launch of the Center for Research and Archives on Judaism in Northern Morocco