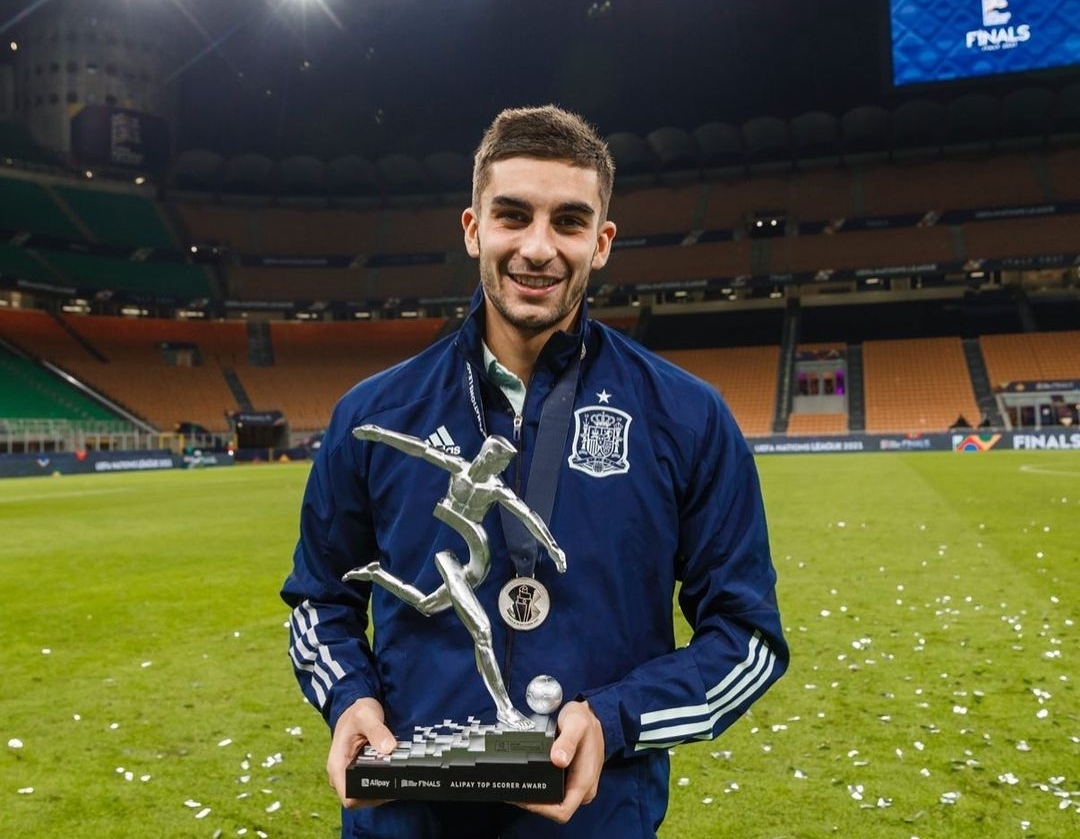 The Spanish football international Ferran Torres underwent the medical examination at the Barcelona hospital, to deposit his signature on his transfer contract to Barcelona, ​​with the opening of the winter transfer window on January 1. And according to the Spanish sports newspaper AS, Torres today underwent an intensive medical examination to assess the state of his injury, which he has suffered for three months, following a broken foot, during a match with the Spanish national of his country. team within the European League of Nations. And if the medical results go well, Barcelona will officially announce the conclusion of the deal in a few hours, as Torres is scheduled to be presented to the media on Tuesday, according to the source. The former Valencia player and promising winger was one of the most prominent names associated with wearing the Blaugrana shirt in recent weeks, to make up for the sudden absence of Argentina star Sergio Aguero, who announced his retirement ago a few days due to heart problems, and numerous injuries up front, including Dutch trio Memphis Depay and Danish Martin Braithwaite, and Promising star Ansu Fati. Torres are still waiting for Barcelona to lower the salary cap, selling or loaning one of their players during the winter transfer market, as well as whether they have agreed to cut the salary of their French striker Osman Dembele in his new contract, in order to ensure his registration in the League as a new player in the ranks of the Catalan club.