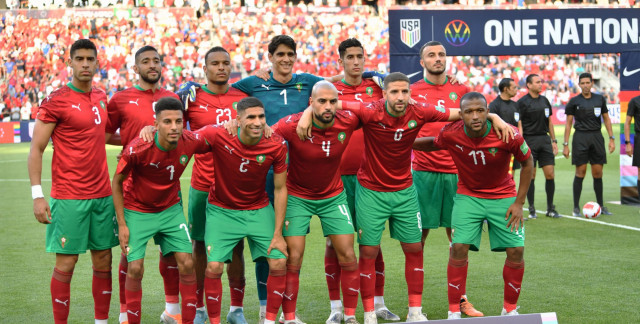 The International Football Federation (FIFA) has revealed the names of the five Moroccan players to follow during the 2022 World Cup in Qatar.

As the Qatar 2022 World Cup (November 20-December 18) approaches, the International Football Federation (FIFA) takes a look at the 32 nations that have qualified for the planetary high mass via a series of daily articles on its website. official titled “Qatar 2022, 5 players to watch”.

Naturally, five players from Morocco, one of the five African countries qualified for the World Cup along with Senegal, Ghana, Tunisia and Cameroon, have been selected by FIFA.

At the top of the list, Sevilla FC goalkeeper Yassine Bounou. “Winner of the Zamora trophy, which rewards the best goalkeeper of the season in the Spanish Liga, the Sevilla FC goalkeeper won in front of some renowned specialists in this position such as Thibaut Courtois, Jan Oblak or Marc-André Ter Stegen. Since its first appearance in 2018, it has steadily grown in importance. At 31, he will certainly be called upon to play a role as leader of men against the Belgian, Croatian or Canadian stars, despite a difficult start to the season in the league and in the Champions League”, wrote FIFA on the goalkeeper trained in Wydad of Casablanca.

Another Atlas Lion to follow during the Qatari tournament, captain Romain Saiss: “At 32, Saïss remains an essential player within the Moroccan selection, both in terms of his performance and his driving role in the life of the group” .

Achraf Hakimi is also selected by FIFA. “The Paris Saint-Germain full-back has remarkable international experience for a player of his age. Trained at Real Madrid, he passed the milestone of 50 caps last June, against South Africa. He celebrated his 51st cap with the Atlas Lions in stride, against Liberia. (…) His duels against Eden Hazard, Luka Modrić and Alfonso Davies should spark, “comments the world body.

Sofyan Amrabat will play “a very important role within the Regragui group”. “The latter will certainly rely on him to overcome the tests that await the Atlas Lions in Group F. His ability to stop opposing attacks, cut passing lines and close spaces makes him a real added value in the Moroccan system. He also brings a touch of diversity thanks to his deep passes and his long-range shots,” writes FIFA.

Finally, the International Federation finds that Sofiane Boufal plays a key role within the national team. “Boufal perfectly embodies the modern winger: dribbler and scorer, he can just as easily play the role of centre-forward. At the same time, he does not hesitate to put himself at the service of others, through his generosity in effort and reassignment. Injured at the end of last season, he started the current exercise with a bang and offered some valuable points to his team, especially against Montpellier. Future opponents of the Atlas Lions in Qatar have been warned: Boufal is in great shape,” concludes FIFA.

why Abde Ezzalzouli is banned from playing against Barca