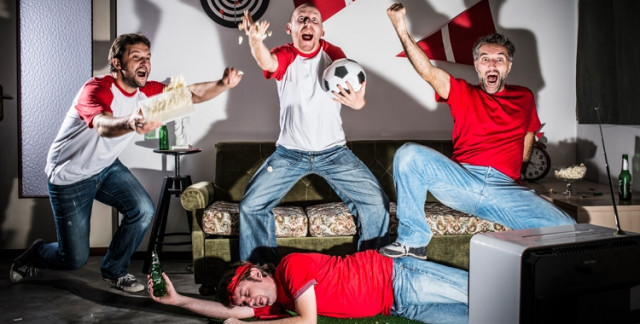 Kiosk 360. Several players succumb in stadiums due to heart failure. A phenomenon that has grown in recent years and the reasons for which are still insufficiently understood, reports the daily Assabah, from which this press review is taken.

The stadiums have been in mourning, these last two months, by the disappearance of five players victims of “sudden death”. On October 30, during a Barcelona FC match against Deportivo Alavés, Argentinian Sergio Agüeroa almost passed after having a heart attack, which forced him to announce his retirement from the football fields, reports the daily Assabah from Monday, December 27.

This Saturday, the captain of MC Saida (Algeria), Sofiane Loukar, died at the age of 30 following a shock that occurred in the middle of a match on the ground of ASM Oran on the occasion of the 10th day of the Ligue 2. In the 26th minute, the central defender collided with his goalkeeper, Bendoula.

After receiving first aid, the Algerian initially resumed his place on the pitch. But he then collapsed in the 35th minute. Unfortunately, Loukar then succumbed to a heart attack on his way to the hospital in Oran.

In Mexico, the Tornado club experienced the death of Taouifik Ramzy under similar conditions. In Oman, Muscat FC player Moukhaled Al-Raqadi died on 23 December after suffering a heart attack while warming up for an Oman league match. Still, the player was rushed to a hospital where he died shortly after arriving.

In Egypt, it was the goalkeeper of the third division club, Ribat Al Anouar, Ahmad Amine who was found unconscious in the locker room by a teammate who raised the alert. Despite the intervention of the doctors, the porter did not survive what appears to be a heart attack.

In England, Dylan Rich died on Sunday September 5, 2021, at the age of 17. he had been the victim of a first malaise during a match which was played in Nottinghamshire, and which opposed the junior players of West Bridgford Colts to those of Boston United. He then had a second heart attack in the ambulance that took him to the hospital.

According to a recent scientific study, the risk of cardiac arrest has become the main danger facing players. And the analysis of Youness Sihla, doctor of the Chaba Al Massira club supports this point: sudden death has its origin in a cardiac deficit which is difficult to detect.

More worrying is the analysis of a doctor at the regional hospital of Benslimane who says that there is a correlation between influenza viruses and cardiac arrest. Whenever a player suffers from the flu, he must automatically stop training and exertion which risks accentuating the weakness of the heart, he advised.

He recommends in the wake of the cardiac tests before the start of each season and a follow-up during the course of the season, as well as the provision in the stages of a defibrillator to have the correct diagnosis of the heart rate of the victim of discomfort and make the right decision during the first few minutes to avoid drama.