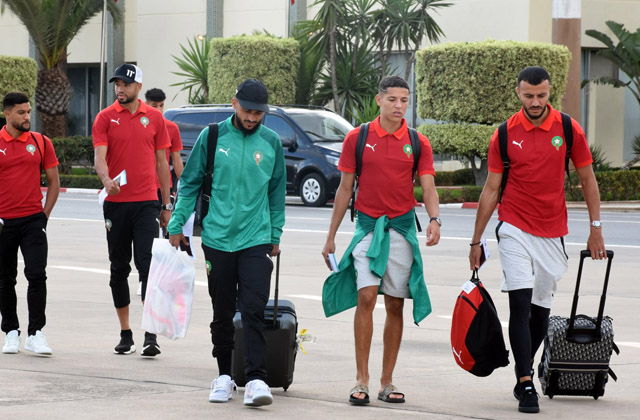 After three days of preparation at the Mohammed V Sports Complex, the Atlas Lions flew to Spain this Thursday, September 22, where they will play the two friendly matches scheduled for September as part of their preparation for the 2022 World Cup. .

After a winning start to qualifying for the Africa Cup of Nations under Vahid Halilhodzic, and as the World Cup approaches, Morocco will be looking to gain momentum and confidence by taking on Chile in the a friendly match which will take place in Spain this Friday.

The Atlas Lions were spared this September after Zimbabwe were disqualified from the AFCON 2023 qualifiers. Which means their next two outings will be spent preparing for the World Cup before heading to Qatar. in November.

Focus on the Qatar tournament which will begin in two months, the Atlas Lions of Walid Regragui will try to maintain the momentum of victory. The current objective is to win two victories against Chile and Paraguay, absent in Qatar, in order to best prepare their participation in the World Cup after appearing four years earlier at the World Cup, Russia 2018.

For the new coach of Morocco, the timing is not favorable to carry out tests even if he has summoned a large workforce. Unlike his predecessor, Walid Regragui has to quickly deduce his best starting XI ahead of the World Cup. An ideal eleven which will certainly be led by the natural leaders who are, Achraf Hakimi, Hakim Ziyech and the captain, Romain Saiss. The Moroccan technician will also have to deal with the absence due to injury of Yassine Bounou, Noussair Mazraoui and Sofyan Amrabat.

“Morocco is determined to develop football at all levels”