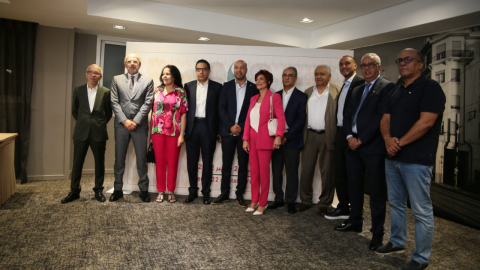 The ordinary general meeting of the National Association of Media and Publishers (ANME) was held this Thursday, September 22, 2022 in Casablanca, in the presence of more than 80 press companies from different types of media: written press, digital , regional press and private radio.

The National Association of Media and Publishers (ANME) held its ordinary general meeting this Thursday, September 22, 2022 in Casablanca. On the agenda: the presentation of the moral and financial reports of the association, in addition to the treatment of very diverse questions relating to the constraints linked to the sector.

During this general meeting, the two moral and financial reports of ANME were unanimously approved by the members present. Driss Chahtane was also unanimously re-elected as President of the National Association of Media and Publishers.

Fatima Zahra Ouriaghli, assessor and member of the ANME executive board, began this important meeting by addressing a word of welcome to the audience, before outlining various avenues of work with a view to alleviating the many ills from which the profession suffers. .

“Since his election, Driss Chahtane, president of ANME, has shown unparalleled involvement in order to accelerate the achievement of the objectives of the association, which works tirelessly to improve the situation of this sector which is both important and strategic for Morocco,” she said.

For his part, Driss Chahtane, president of ANME, recalled that the executive office now had a very clear vision which is in line with the expectations of media companies and journalists. “Today, the sector no longer needs subsidies. We are not begging for help. We need to know that our sector creates wealth and is capable of supporting investment,” he said.

“We must develop media companies that are strong and that can produce an impact that has an impact both nationally and internationally, especially since Morocco today has to face many many enemies. Our media companies must therefore stand together to counter this foreign hostility against the Kingdom. The cause of the State must be unconditionally supported and considered as a supreme and absolute priority,” he added.

The president of ANME also detailed the various aspirations of the association, including the importance of focusing on appropriate legal mechanisms to enhance the press sector and preserve its achievements in perfect harmony with the supervising ministry and the other departments concerned.

He also underlined that the association was today establishing several relationships with party members and with parliamentary representatives, just as it is in the process of finalizing a bill which will soon be directly communicated to the competent authorities. This bill will include the question of the minimum salary of journalists, which must be set at a net of 7,500 dirhams per month. In parallel with all these projects, the association is also working to equip itself, in an imminent manner, with a new headquarters.

During this general assembly, the moral report of the ANME was presented. It shows that no less than 20 meetings have been held by the association over the past 12 months. Among the main areas of discussion addressed: the importance of continuing the various works initiated by the previous commissions, in addition to supporting the investments made for the benefit of media companies by the supervisory ministry and the need for reform Law 13/90 relating to the National Press Council and Law 13/88 relating to the press and publishing.

Among the projects in progress, the continuation of the investment efforts made, but also the opening of new branches for the association throughout the Kingdom, in addition to the support by the press of the major national causes.

It is also a question of the registration of a new commercial brand relating to the “Professional and economic gathering of regional publishers”, the organization of training sessions for the benefit of press companies and professionals, the importance of overcoming the problem linked to GAFA, the multiplication of connections with representatives of political parties, the multiplication of partnerships with other companies in all sectors, the holding of more sustained meetings with members of the press union, and the need to quickly provide ANME with a new headquarters, etc.

Tennis: Federer will bow out on a double with Nadal