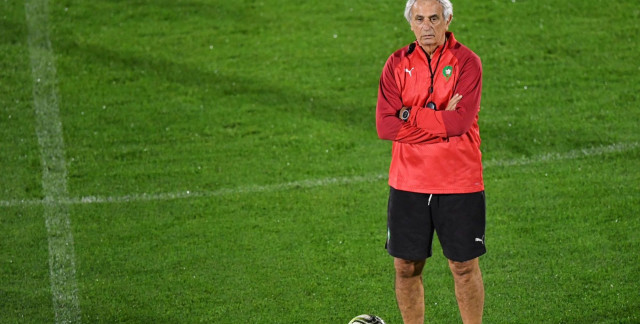 After announcing a list of 25 players for the African Cup of Nations, national coach Vahid Halilhodzic called on three new elements to strengthen his squad.

Three new players have been called up by Vahid Halilhodzic for the 2021 African Cup of Nations scheduled for Cameroon from January 9 to February 6, 2022. The three elements proved their worth at the FIFA Arab Cup in Qatar.

They are Badr Benoun (Al Ahly, Egypt), Soufiane Rahimi (Al Ain, United Arab Emirates) and Mohamed Chibi (AS FAR). The first, a central defender among the best on the continent; the second, a striker on the way to having a good season and the third, a talented right-back.

Read also: CAN 2021: here is the list of Vahid Halilhodzic, with Ezzalzouli and without Ziyech

The national coach had delivered, Thursday, December 23, his list of players summoned for the CAN. The said list included 25 players, while CAF allows it to appeal to 28 elements, given the coronavirus pandemic and its new variant Omicron.

In addition, the Atlas Lions will face, Friday, December 31, at the Moulay Abdellah sports complex in Rabat, Cape Verde in a friendly match. The preparation course begins this Monday at the Mohammed VI football complex in Maâmoura. Several executives will not be there.

The national team will play in Group C, alongside Ghana, Gabon and Comoros. She will face Ghana for her first CAN match, Monday January 10 from 6:00 p.m. at the Ahmadou Ahidjo stadium in the Cameroonian capital, Yaoundé.