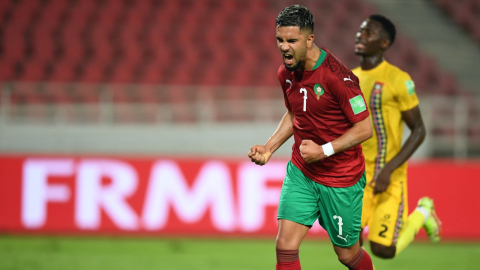 Tested positive for Covid-19, a little less than two weeks ago, the Moroccan international, Imran Louza, has resumed competition and will soon have to join Halilhodzic’s group at the preparation camp in anticipation of the CAN.

Imran Louza has recovered from Covid-19. The Atlas Lions midfielder has returned to competition. It was yesterday, Tuesday 28 December, during the Premier League match between his team Watford FC and West Ham.

The Atlas Lion was aligned by coach Claudio Ranieri in the 40th minute of play. But, unfortunately for him and for his team, they suffered a heavy defeat on the ground of their opponents of the day (1-4 ).

Imran Louza (22) is on the list of players called up by the national coach, Vahid Halilhodzic, for the Africa Cup of Nations scheduled in Cameroon from January 9 to February 6, 2022.

He will join the group on January 3, 2022, at the national team concentration camp started on Monday January 27 at the Mohammed VI football complex in Maâmoura.

Henri Konan Bédié implicated in the violence of 2020 - Jeune Afrique