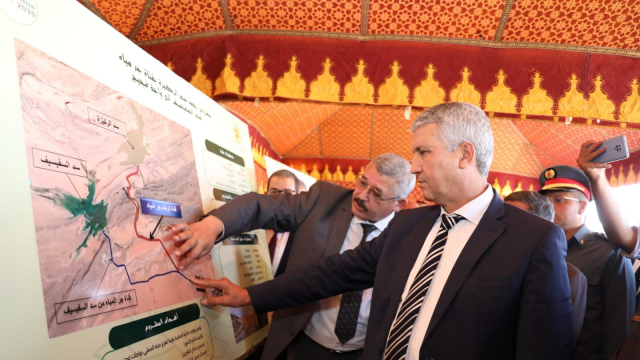 Mohammed Sadiki, Minister of Agriculture, during a visit to the province of Figuig for the launch of several agricultural development projects, Friday September 23, 2022.

During his visit to the province of Figuig for the launch of several agricultural development projects, the Minister of Agriculture, Maritime Fisheries, Rural Development and Water and Forests, Mohammed Sadiki, learned of the assessment of the date palm sector development project in the oasis of Figuig.

The area planted with date palms during the period 2010-2019 increased by 55%. This was announced by the Ministry of Agriculture, Maritime Fisheries, Rural Development and Water and Forests in a press release issued this Friday, September 23, 2022. This announcement follows the launch and visit of projects of agricultural and rural development in the province of Figuig by Mohammed Sadiki.

The head of the agriculture department was accompanied by the governor of the province of Figuig, the president of the provincial council of Figuig, elected officials, as well as a large delegation of ministry officials.

At the level of the municipality of Abbou Lakhal, the Minister took note of the results of the development project of the date palm sector in the oasis of Figuig for the period 2010-2019.

Europe divided over the reception of Russian deserters , H24info