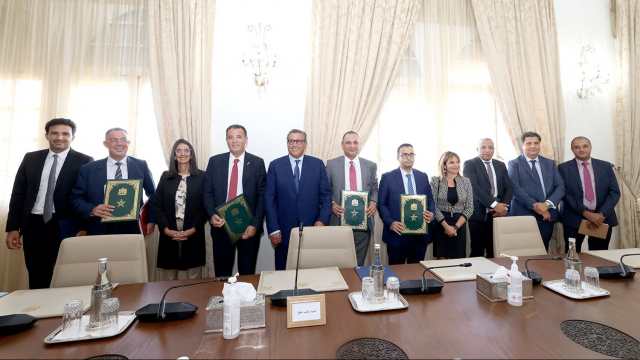 The support program for research, development and innovation projects, signed on Wednesday September 14, 2022, will be financed through the Innovation Support Fund (FSI).

A first convention for the support of innovation and industrial research was signed yesterday, Wednesday September 14 in Rabat. A hundred projects will be supported for the development and financing of invention patents.

The Head of Government, Aziz Akhannouch, chaired yesterday, Wednesday, September 14 in Rabat, the signing ceremony of an agreement for the support of industrial innovation programs (Tatwir-R&D and Innovation).

In concrete terms, the program plans to support 100 qualified projects, through development support and the strengthening of invention patents. This support represents 80% of the costs related to the development of the project and the patent filing and will be capped at one million dirhams. In addition, support will be granted to innovation and development projects through a contribution of 60% with a ceiling of 4 million dirhams.

This program will be financed through the Innovation Support Fund (FSI), which was established under the agreement signed between the State and the National Agency for the Promotion of Small and Medium-Sized Enterprises, with a overall financial envelope of 300 million dirhams annually.

Signed by the Minister of Industry and Trade, Ryad Mezzour, the Minister Delegate to the Minister of Economy and Finance, in charge of the Budget, Fouzi Lekjaa, the Director General of the National Agency for the Promotion of Small and Medium Companies, Brahim Arjdal, and the president of the CGEM, Chakib Alj, the agreement signed aims to support research, development and innovation projects proposed by SMEs and emerging companies operating in the industrial sector, in order to strengthen their competitiveness and improve their performance.