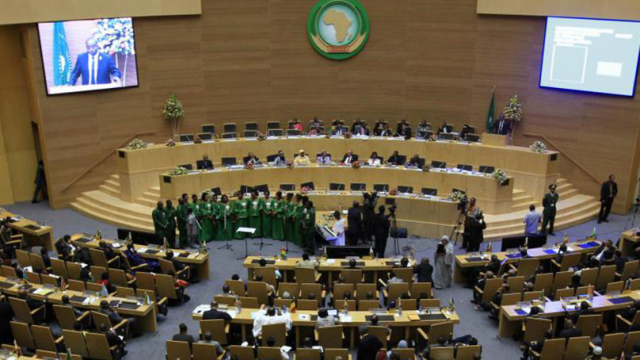 The Pan-African Parliament is the consultative assembly of the African Union, a continental organization comprising 54 member countries.

The President of the Pan-African Parliament, the Zimbabwean Fortune Charumbira, is expected in Morocco on Saturday, September 24, 2022, for an official visit, the first he will make to Rabat at the invitation of the Speaker of the House of Representatives, Rachid Talbi Alami, learned Le360 from authoritative source.

In Rabat, the President of the Pan-African Parliament (PAP), the Zimbabwean Fortune Charumbira, and the President of the House of Representatives, Rachid Talbi Alami, will have a series of talks on the means likely to strengthen cooperation between the two bodies, Morocco having a rich experience in legislative matters.

Morocco, through the Speaker of the House of Representatives, will take advantage of this visit to propose the building of a fruitful and constructive partnership with this prestigious institution, as well as with all African countries. Within the framework of parliamentary diplomacy, the discussions in Rabat will not fail to evoke the first cause of the Kingdom, that of its territorial integrity.

In addition to Rachid Talbi Alami, PAP President Fortune Charumbira will meet other Moroccan officials, including Speaker of the House of Councilors Enaam Miyara.

In a statement to the press, the Speaker of the House of Representatives then underlined that Morocco participated for the first time in this pan-African conference dedicated to food security, drought, as well as the repercussions of the resulting health crisis. by Covid-19.

“Morocco has accumulated great experience in dealing with these problems which it wants to share with other African countries,” he said.