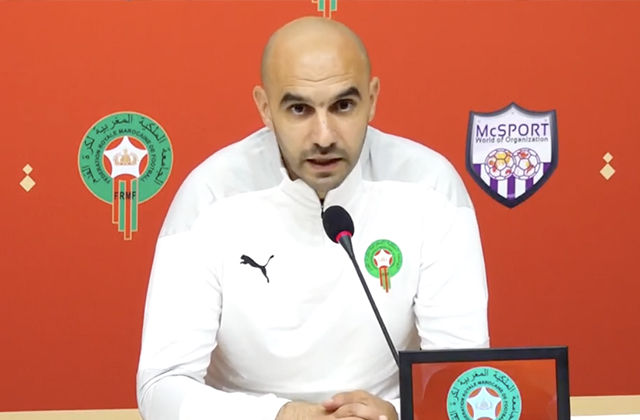 The coach of the Atlas Lions, Walid Regragui, took advantage of the traditional pre-match press conference to reaffirm his satisfaction and his pride in having high-level players such as Achraf Hakimi, Noussair Mazraoui or Hakim Ziyech .

About the return of the last, Walid Regragui believes that “it’s haraam“that a player like Ziyech is not present with EN at the World Cup, Qatar 2022.

“Ziyech returns with a lot of desire. During the camp, he showed that he is a great player...”, slipped in substance the coach of the Atlas Lions. “His state of mind within the group is perfect, he is positive. Like all the others, he invests himself to the maximum. We will help him to show what he is capable of on the pitch.”

And to add: “iIt is essential that players such as Ziyech, Hakimi, Amrabat are with us. They are of a very high standard“.

Absent in selection for more than a year because of his conflicting relationship with the Bosnian Vahid Halilhodzic, Hakim Ziyech is making his comeback with the Atlas Lions. The Chelsea player will be particularly expected against Chile this Friday

The Atlas Lionesses prepare for the 2023 World Cup against Canada