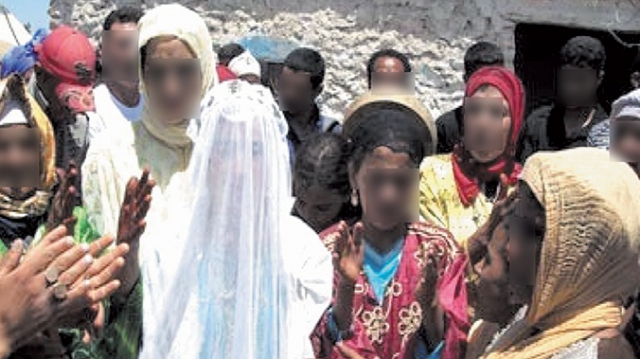 In 2018, according to the Ministry of Justice, Moroccan judges issued 26,000 marriage permits to minors.

Kiosk 360. A study conducted by the Ytto Foundation for the accommodation and rehabilitation of women victims of violence insists on the need for a sufficiently dissuasive regulatory framework to put an end to the phenomenon of underage marriage.

The fight against the phenomenon of underage marriage requires a regulatory framework and more dissuasive texts against all parties that contribute to its prevalence. This is one of the major conclusions of a new study conducted by the Ytto Foundation for the accommodation and rehabilitation of women victims of violence, the results of which were presented at the end of the week during a conference. press organized in Casablanca.

In its edition of Monday, December 27, Al Ahdath Al Maghribia summarizes the main lessons of this study which were presented by the President of the Foundation, Najat Ikhich. This work was, as a reminder, carried out on the sidelines of a social caravan organized by the institution in the region of Guelmim-Oued Noun and which was interested in certain issues affecting women.

The study thus revealed that 86% of women have only a vague knowledge of the various provisions of the Family Code. The reason is that the classic audiovisual media used to sensitize these women have only a limited impact in the dissemination of information. This results in a sometimes total ignorance of the rights guaranteed to them by the Family Code. There is even, according to the same source, 14% of women among those questioned who are not even aware of the existence of a Family Code.

But as reported by Al Ahdath Al Maghribia, even without necessarily being aware of the regulatory provisions, women are almost all categorical on the issue of underage marriage. In fact, 97% of the women affected by the Ytto Foundation study say they are completely against the marriage of girls before they reach an age of at least 18 years. For them, these girls must concentrate on their studies and their training in order to claim material independence to ensure them a better future.

The 3% who showed themselves open to marriage below this age justify their position by a lack of infrastructure where young girls can rightly access quality studies and training.

Beyond what women think of underage marriage, the study by the Ytto Foundation has above all had the merit of recalling that the fight against this phenomenon inevitably requires the establishment of a regulatory framework and sufficient texts. “Strong” to be dissuasive.

We should not, according to the same source, hesitate to classify the marriage of minors among the physical, sexual and mental violence of which women are victims. At the same time, we must ensure that the necessary conditions are put in place so that the girls who are victims of these marriages can access a decent education in suitable infrastructures. At this level, particular emphasis is placed on boarding schools dedicated to girls who must have sufficient resources to ensure their management and allow them to be facilities that contribute to their educational development for girls. This would help put an end to certain excuses sometimes offered to justify the dropping out of school of these minors and their early marriage.

Léopold Sédar Senghor, icon for some, enigma for others