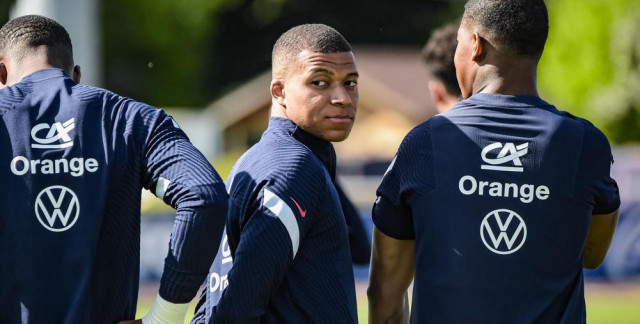 Kylian Mbappé participated on Tuesday in marketing operations during the Blues internship after having obtained, on Monday, the commitment of the French Football Federation to modify the management of the image rights of players, we learned from a close source. of the French team.

The Paris SG star striker took part in the workshops set up by the Federation (FFF) on Tuesday morning at the Clairefontaine training center, the same source said, confirming information from several media including L ‘Crew.

In a press release addressed to AFP, the advice of the Parisian had initially announced Monday its intention not to participate in it in the face of the position of the FFF, initially reluctant to the idea of ​​​​reviewing, before the World Cup, the agreement governing the exploitation of the image rights of the players of the France team.

But the Federation, after a visit by its president Noël Le Graët on Monday to Clairefontaine, finally announced on Monday evening that it “undertakes to revise” this agreement “as soon as possible”, with a view to ” ensure its interests while taking into consideration the concerns and legitimate convictions unanimously expressed by its players”.

"Mourning" online in Morocco for the teenager victim of a clandestine abortion, H24info