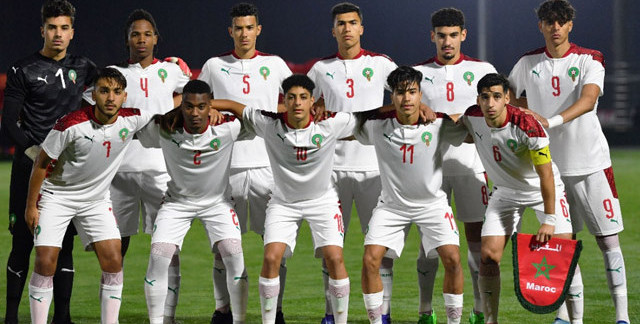 Great start for the Atlas Cubs at the “Costa Galida” International Tournament, in Murcia, south-east Spain. The Moroccan team beat the Australian selection this Thursday, September 22 by a goal to nil.

After its modest participation in the Arab Cup of Nations, the Moroccan under-20 team negotiated its first match at the Costa Galida Tournament well by beating the Australians with a goal from Labib in the first period. A good test which confirms the good health of the foals of Mohamed Ouhabi.

The Cubs of the Atlas will continue with a second meeting against the English selection this Saturday, September 24 from 5 p.m. (Moroccan time) and will complete their trip to Spain with a third and final tussle against Chile on the 27th of the same month.

As a reminder, the Atlas U20 Cubs left the last Arab Cup prematurely at the quarter-final stage. This victory will allow them to regain confidence and will be, for them, the opportunity to redeem themselves in front of their public.

On the eve of the Arab League summit, Algeria accumulates disagreements with Egypt