The U23 national team will complete a preparation camp from September 19 to 27 at the Mohammed VI Football Complex in Maâmora. The list of players called up includes some nice surprises, with nuggets playing abroad.

The Royal Moroccan Football Federation (FRMF) published on its website on Thursday (September 15th) the list of players called up for the next training camp for the national under-23 team.

In this list of 28 selected, there are players who play abroad and some of whom, binationals, cherished the hope of defending the national colors.

The Atlas U23 Lions will play the African Nations Championship scheduled between January 13 and February 4, 2023 in Algeria, replacing the national team of local players which has been dissolved. 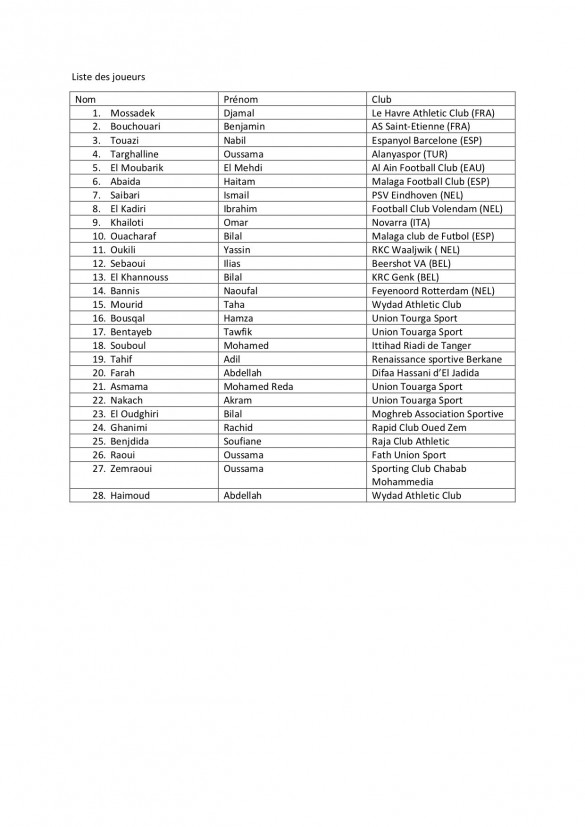 The dirham should gain in value against the dollar, H24info

Mr. Akhannouch represents HM the King at the investiture ceremony of the Angolan President