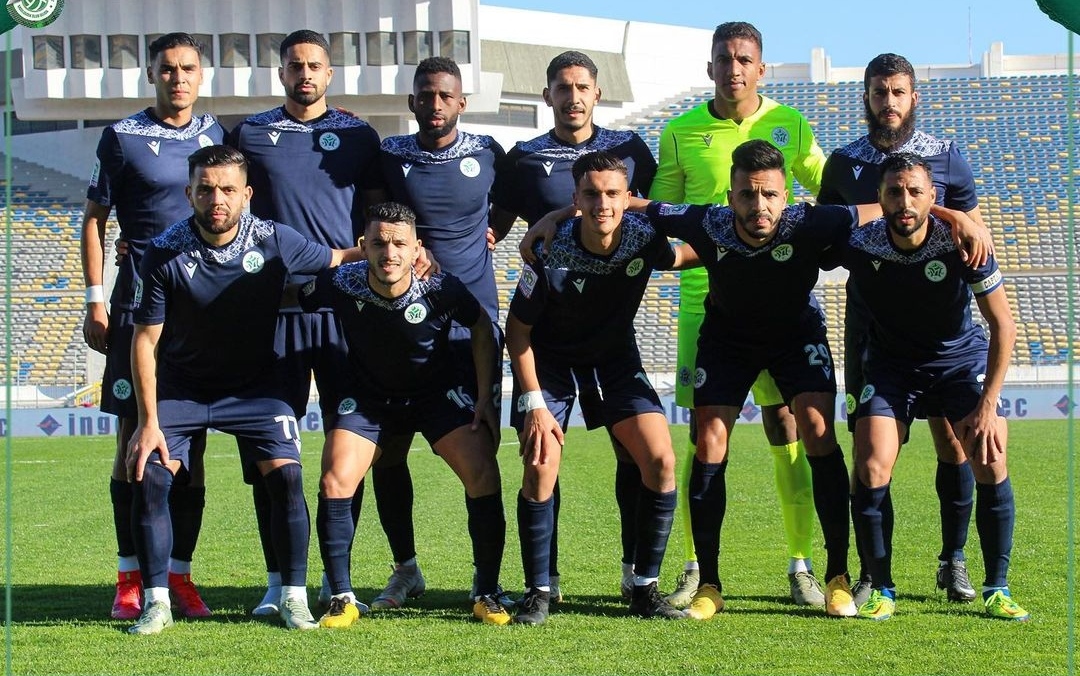 The match between Mouloudia Oujda and his guest, Shabab Mohammedia, ended in a 1-1 draw, 1-1 draw, 15th round draw of the first professional championship, a match hosted by the honorable stadium of ‘Oujda and led by referee Samir Kazaz. Both goals were scored by Hervé Guy for Shabab Mohammedia and Khafifi for Mouloudia and Oujda. Mohammedia’s youth ended the first half of the match with a goal for nothing, a goal he scored very early on, since his player Hervé Gay was able to take advantage of the terrible shortage of the level of coverage suffered by the defense of the Mouloudia in the 7th minute and headed the first goal after a corner kick. Despite the quick reactions of Mouloudia and Jeddah to quickly adjust the cuff, he was unable to do so after first coming up against a compact and steadfast defense that was difficult to penetrate and then due to his inability to find any appropriate solutions to the difficulty of softening its performance as it seeks to create threat opportunities. Mouloudia had the best opportunity for Adil Al-Kaffa and scored the equalizer in the 30th minute through his player Habib Briga, after being singled out by goalkeeper Youssef Moti, who surrendered completely. , but his head was pushed back by the crossbar. Mouloudia and Oujda were more supportive in the second half by the search continues to create a threatening opportunity, but without any effectiveness, especially with the desperation displayed by the youth team at the defense level to maintain their lead in the result. Just as Muhammadiyah’s youth have remained steadfast in defense, so have their attackers, notably El-Melawi and Polkasot, seeking opportunities through offensive counterattacks to score the knockout goal, this which can dispel all hopes of Mouloudia to score. an equalizer. In fact, Shabab Muhammadiyah created 4 real chances to score the second goal in the second half, but their players were constantly falling into rush and lack of focus. The 76th minute came to repeat the scenario of the 7th minute, but this time in favor of Mouloudia Oujda, who scored the equalizer in the same way and at the same place as the first goal scored by Shabab Mohammedia. After taking a corner kick, Khafifi got up and hit a header that didn’t give goalkeeper Motei a chance to score 1 – 1. The equalizer prompted Al-Wajdeen to look for a second goal to settle the game. in his favor, but to in vain, at a time when the Mohammedia players were still awaiting the deadly counter-attacks that could lead. They decide the outcome of the victory and snatch all the points of the match. The match ultimately ended in a draw (1-1), so much so that Mouloudia Oujda still failed to score their third goal of the season, a victory that had not been achieved for 9 matches. , or since the 5th round of the tournament. , and thus satisfied with only one point to bring his score to point 11 The same goes for the youngsters of Mohammedia, who added a point and scored 19 points, without being able to win the third game in a row.