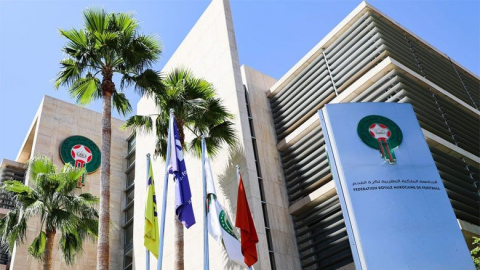 The Central Disciplinary Commission (CCA) of the Royal Moroccan Football Federation (FRMF) imposed sanctions on a coach, players and several clubs of Botola. The details.

The AS FAR coach, players and several clubs were sanctioned following the meeting of the Central Disciplinary Commission of the Royal Moroccan Football Federation regarding the third day of the Botola Pro D1 Inwi, indicates this instance in a communicated.

Thus the coach of the Military Fernando Da Cruz was given a one-match suspension and a fine of 20,000 dirhams for having received a red card during his club’s match against Union Touarga Sport (0-1 ).

UTS midfielder Aymane Mourid was suspended for four games and fined 10,000 DH after his expulsion against AS FAR for spitting on an opposing player.

As for his team-mate Achraf Harmach, he was suspended for one match for receiving a red card.

A new cultural program under the sign of art and territory