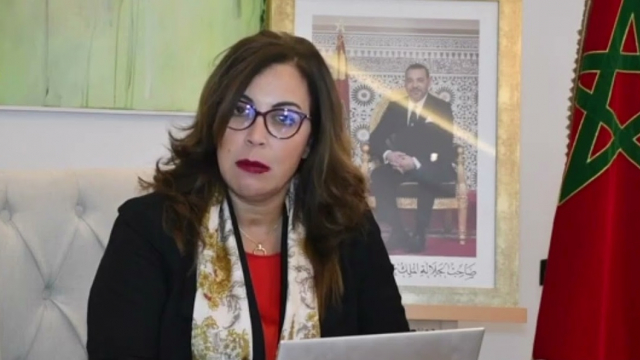 Asmaa Rhlalou, president of the municipality of Rabat.

The tension has gone up a notch between the Mayor of Rabat, Asmaa Rhlalou, on the one hand, and the managers of cafes and restaurants and the Chamber of Commerce, Industry and Services on the other, to such an extent that the wali of the capital, Mohamed El Yacoubi, convened, Thursday, September 22, 2022, an emergency meeting with the aim of calming the climate.

To the arm wrestling between the new president of the municipal council of Rabat and the owners of cafes and restaurants, because of taxes deemed abusive, has been added a third party and not the least, the Chamber of Commerce, Industry and services. In a press release, the latter criticizes the mayor for making unilateral decisions “without consulting the House in the search for solutions to the crisis”.

Furious, the members of the Chamber of Commerce, one of the most important in the country given the number and quality of its members, denounced, in a press release, “the exclusion of this organization from talks with cafetiers”, and criticize the mayor for holding meetings without the presence of the Chamber, yet a “legitimate and unavoidable” interlocutor when it comes to promoting commercial and industrial life in the capital of the Kingdom.

The Chamber of Commerce, through its president, Hassan Sakhi (USFP), regretted the absence of his institution during the last meeting on September 9 between the municipality and the National Association of Café and Restaurant Owners . During this meeting, the municipality had reaffirmed its intransigence by issuing an “ultimatum” to the cafetiers so that they honor without delay “their unpaid tax debts”, due to the municipality for several years.

“In addition to these taxes which amount to several million dirhams and have remained unpaid since previous mandates (during the mandates of the PJD, Editor’s note), there is also the problem of the illegal occupation of public spaces by these professionals that it is obligatory to pay by other taxes”, recently affirmed the mayor of the administrative capital, from the RNI, in a statement broadcast by a public TV channel. It is in vain that Le360 tried, and on several occasions, to obtain a reaction from the mayor whose telephone remains silent.

According to the Association of Café and Restaurant Owners, chaired by Noureddine El Harrak, the president of the municipality of Rabat has set, in addition to the recovery of unpaid taxes, at 80 dirhams per m² and per quarter the amount of urban taxes for chairs and tables, between 100 and 150 dirhams for the occupation of the sidewalk, and up to 500 dirhams for public spaces fitted out and annexed to the café or restaurant, in particular in the Agdal, Riyad or Souissi districts.

According to observers, the involvement of the wali of Rabat is a positive step which will not fail to warm up relations between the different parties so that they can find a happy outcome to the crisis which Rabat would have done well, especially in the current context.