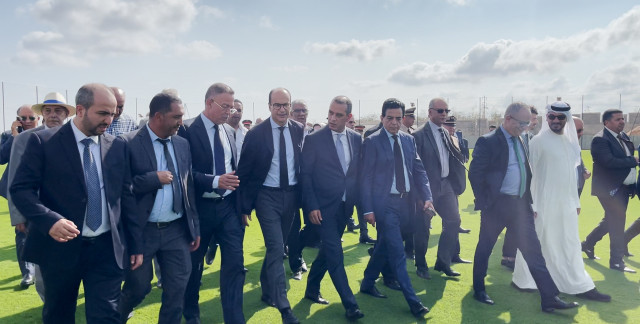 The Raja de Casablanca football academy was inaugurated on Thursday in Bouskoura, in the presence of the Wali of the Casablanca-Settat region, Said Ahmidouch, and the president of the Royal Moroccan Football Federation (FRMF), Fouzi Lekjaa.

The facilities of this academy are divided into three poles: sports, educational and administrative, which will be available to the first team of Raja and the teams under 17, 19 and 21 years old.

The academy also has two large football pitches, four futsal pitches, besides a rehabilitation hall, a medical center and other administrative facilities.

Speaking on the occasion, Lekjaa underscored the importance of the Raja academy in providing adequate training to youths and children, also emphasizing the role of the academy in enabling club members to benefit of quality training.

Qualifying the inauguration of this academy as a milestone in the history of Raja Casablanca, Lekjaa estimated that Raja, thanks to its efforts and investments, will revive its reputation as a training club, capable of providing talented players to the National team.

He also noted that a Wydad Casablanca training center will be inaugurated in the coming days, as will a regional training center in Casablanca-Settat, which reflects the FRMF’s concern to provide the necessary sports infrastructure in the different regions of the Kingdom.

For his part, Aziz El Badraoui, president of Raja de Casablanca, expressed the pride of the club to have this academy which will constitute a nursery for the talents of the round ball, noting that this structure is part of the efforts and great achievements of the Federation.

He underlined that with this academy, Raja Casablanca has one of the best sports facilities in Africa, which is a real source of pride for the club.

Guatemala decides to open a consulate in Dakhla, H24info