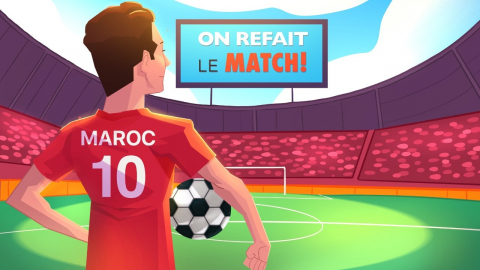 African football needs to be respected. This is why we must salute the attitude of CAF, which had the courage to maintain the next edition of the CAN, from January 9 to February 6 in Cameroon.

This 33rd edition of the CAN almost never took place. Which would have been a disaster for African football. Until the end, FIFA and the lobby of the big European clubs sought to postpone this edition. A postponement which would have resulted in an outright cancellation, knowing that this edition was already to take place a year ago!

The arguments put forward are a mixture of contempt and hypocrisy, not to use an even harsher term. They brandish, for example, the threat of Covid-19. But the nasty virus is raging much more in Europe, where championships and major competitions have not been canceled. For a player, it is more likely to catch the Covid while playing the Premier League or Ligue 1 than CAN.

The other argument is called the schedule overload and the risk of injury to the players. Since the previous edition, which took place in Egypt in 2019, the CAN brings together 24 teams and is spread over nearly a month. By way of comparison, in 1988, when Morocco organized the competition, there were only eight selections …

24 selections, it is indeed too many matches, with too much solicitation of the organizations. It is admissible. At the same time, let us know why, FIFA is keen to organize the World Cup every two years, instead of four. And why UEFA in turn continues to multiply interclub competitions (the latest born this year is called the Conference League).

As we can see, the argument of overloading calendars and organizations does not hold water. It is hypocrisy. For FIFA and UEFA, more matches means more money to collect and distribute. It is not really the health of footballers that concerns them but something else. Money. Gain. Their veto suggests that the CAN is a financially minor competition, from which they can not derive any benefit.

If CAF has won its standoff, no one intends to make it easier for them. For example, we read that the World League Forum (WLF) (or World League Forum, which represents more than 40 professional leagues, including the powerful England, France and Germany) threatens to retain African footballers until January 3 . While the regulations require them to release them on December 27. It is the height of contempt.

The mighty WLF, like FIFA for that matter, usually doesn’t tickle when it comes to South American stars abandoning their clubs to go to play in the Copa America, which takes place every two years.

And then, what are we talking about? Most of the European leagues are at a standstill at the moment, apart from the English Premier League. Why on earth would they want to hold back African internationals?

The best response to this obvious lack of respect for African football was to maintain, against all odds, the next edition of the CAN on the scheduled dates. CAF did it. This is a positive point. But we must continue to resist UEFA and the European lobby, and ensure that the Cameroon edition is a real sporting success. To start.

These Moroccans from elsewhere… | Morocco today