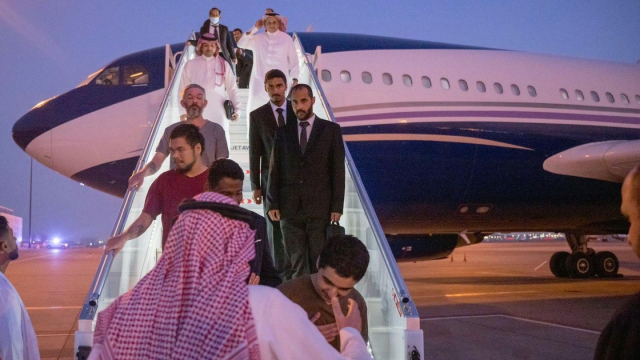 Brahim Saadoun, sentenced to death by the Supreme Court of the Donetsk People’s Republic, has been released.

Thanks to the mediation of Saudi Arabia, the Moroccan Brahim Saadoun, sentenced to death by the Supreme Court of the Donetsk People’s Republic for having fought in the Ukrainian army, has been released. He was transferred to Saudi Arabia, as part of an exchange between Moscow and Ukraine.

Ten prisoners of war from several countries, including Brahim Saadoun, have been transferred from Russia to Saudi Arabia, as part of an exchange between Moscow and Ukraine, the Saudi Foreign Ministry announced on Wednesday, September 21, 2022. .

According to a press release from this ministry, the ten prisoners of war, including from Sweden, Morocco and Croatia, arrived in Saudi Arabia from Russia. This exchange was facilitated by the efforts of Crown Prince Mohammed bin Salman, who continues to undertake humanitarian initiatives in the context of the Russian-Ukrainian crisis, it was said.

As a reminder, Brahim Saadoun was sentenced to death on June 9, 2022, in Donetsk. “The Supreme Court of the Donetsk People’s Republic sentenced Britons Aiden Aslin and Shaun Pinner and Moroccan Brahim Saadoun to death, accused of having taken part in the fighting as mercenaries,” the official Russian news agency TASS reported.

After a primary course in Agadir, he continued his education in Casablanca. Baccalaureate in hand in 2018, the student then decided to continue his studies initially in Russia, before his research took him to the other side of the border.

between Raja and Benzarti, it's over!

Vahid Halilhodzic is considering retirement after his experience with the Lions