A scheduled meeting between the minister responsible for the budget and the unions, and the High Commission requested for the new status of the teacher

It was agreed to set up joint commissions to deal with current issues, in accordance with the timetable set by the agreement of April 30, 2022, relating in particular to the revision of the income tax system, the reform of pension schemes and the review of a set of labor laws.

The government and its social partners want to give full meaning to the institutionalization of social dialogue. While the Head of Government, Aziz Akhannouch, kicked off a new round of social dialogue a few days ago, work is continuing with the participation of the social partners with the aim of addressing all the points on today’s agenda. In this sense, the Minister Delegate to the Minister of Economy and Finance, in charge of the budget, Fouzi Lekjaa, is preparing to meet the representatives of the most representative trade union centers in the coming days. Union sources claim that this meeting was agreed during the last round. The same sources explain that the said meeting will be devoted to the examination with the minister in charge of the budget of various questions related to the purchasing power and the increase in wages in the light of the draft finance law 2023.

In this sense, the revision of the IR (Income Tax) as a track for the revaluation of wages will be at the center of the exchanges. The trade unionists thus want to obtain a reduction in the IR for the lower brackets but also the averages within the framework of the PLF 2023. That is not all. It seems that the most representative trade unions in the sector as well as the Ministry of National Education, Preschool and Sport are heading to seek arbitration from the High Commission for Social Dialogue regarding the last few differences on certain points concerning the new teacher status. The High Commission, on which the head of government and the general secretaries of the trade union centers sit, will therefore decide in the last resort on this important new project as a gateway to the overall reform of Moroccan schools.

The technical commission created by the supervisory ministry and the trade unions in the sector has already come a long way in agreeing on many points such as professional evaluation. It should be noted that the second round of social dialogue was launched on September 14, at the initiative of the head of government, Aziz Akhannouch, and in the presence of the ministers concerned, as well as representatives of trade union centers and employers, announces a press release. from the department of the head of government.
During this new round, held at the Department of the Head of Government, it was agreed to set up joint commissions to deal with current issues, in accordance with the timetable set by the agreement of April 30, 2022, on in particular on the revision of the income tax system, the reform of pension systems and the re-examination of a set of labor laws, specifies the press release.

It was also agreed to develop a common vision for the establishment of the National Observatory of Social Dialogue and the Academy of Training in the field of work, employment and social climate, as support mechanisms for the institutionalization of social dialogue, we add. This first round was held in the presence of Nadia Fettah Alaoui, Minister of Economy and Finance, Chakib Benmoussa, Minister of National Education, Preschool and Sport, Younes Sekkouri, Minister of Economic Inclusion, small business, employment and skills, Fouzi Lekjaa, Minister Delegate in charge of the Budget, Mustafa Baitas, Minister Delegate to the Head of Government in charge of Relations with Parliament, Government Spokesperson, and Ghita Mezzour, Minister Delegate to the head of government in charge of the digital transition and the reform of the administration. 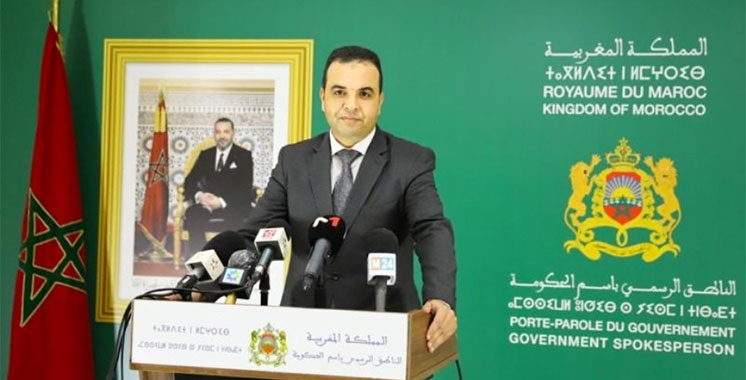 The government has honored its first commitments, by implementing the results of the social dialogue as of September, through the immediate increase of 5% of the minimum wage in the sectors of industry, commerce and liberal professions, and 10% of the SMAG in the agricultural sector. The government has also taken care, in terms of reforming the pension schemes, and within the framework of the implementation of the provisions of the agreement of April 30, 2022, to reduce the conditions for access to the old-age pension, which go from 3,240 days of contribution to 1,320 days, with the possibility for the beneficiary of the pension who has reached the legal retirement age and has the 1,320 days of contribution, to be reimbursed the part of the employee and employer contributions, in addition to the revaluation of family allowances in the public and private sectors, the increase in the level of minimum wage in the public sector which now goes to 3,500 dirhams, the abolition of scale 7, the increase to 36% of the quota of promotion in the grade for the category of civil servants, as well as other measures aimed at improving the situation of employees in the public and private sectors. 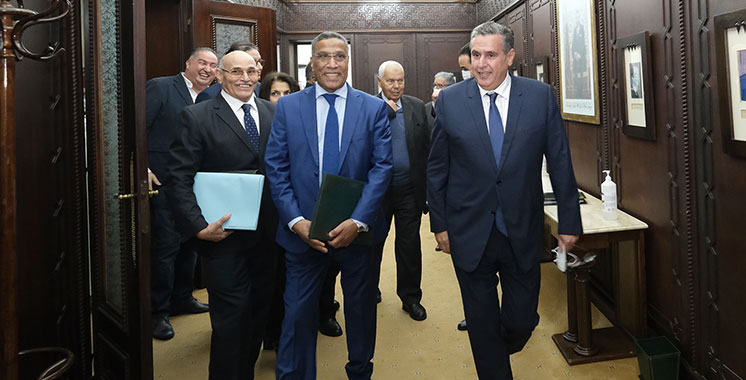 The government and the central trade unions welcomed the development of social dialogue in the education sector, also emphasizing the need to speed up the pace of meetings between the supervisory department and the trade unions in the education sector. the most representative teaching bodies regarding the status of teaching staff, in order to decide on this question within a reasonable time so as to allow the inclusion of its provisions with a budgetary impact in the finance law of the year 2023.

"The Sahrawi Movement for Peace" is the true representative of the Sahrawi populations, according to Khat Achahid