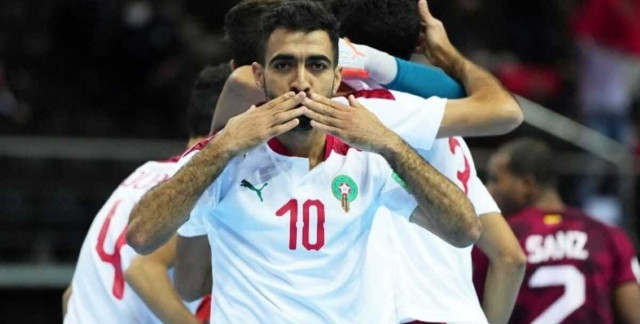 Moroccan international Sofiane El Mesrar was voted best player of the match having pitted, this Thursday, September 15, Morocco and Finland in the semi-finals of the Intercontinental Futsal Cup.

The Atlas Lions have qualified brilliantly for the final of the Intercontinental Futsal Cup taking place in Bangkok, Thailand, by defeating Finland by 4 goals to 1.

Soufiane El Mesrar is one of the elements of the national team who shone with a thousand lights during this meeting. But he was particularly good with ball control and his assists.

In addition to the goal he scored in the first half, it was all the best actions of his team. This is what earned him the Man of the Match award.

The Atlas Lion is not its first distinction of its kind. He has repeatedly won this personal coronation in previous events.

The painter Houssein Miloudi is no more, H24info