South Sudan has rejected the propaganda conveyed by Algeria and the Polisario and is reestablishing the truth on its position concerning the question of the Moroccan Sahara. 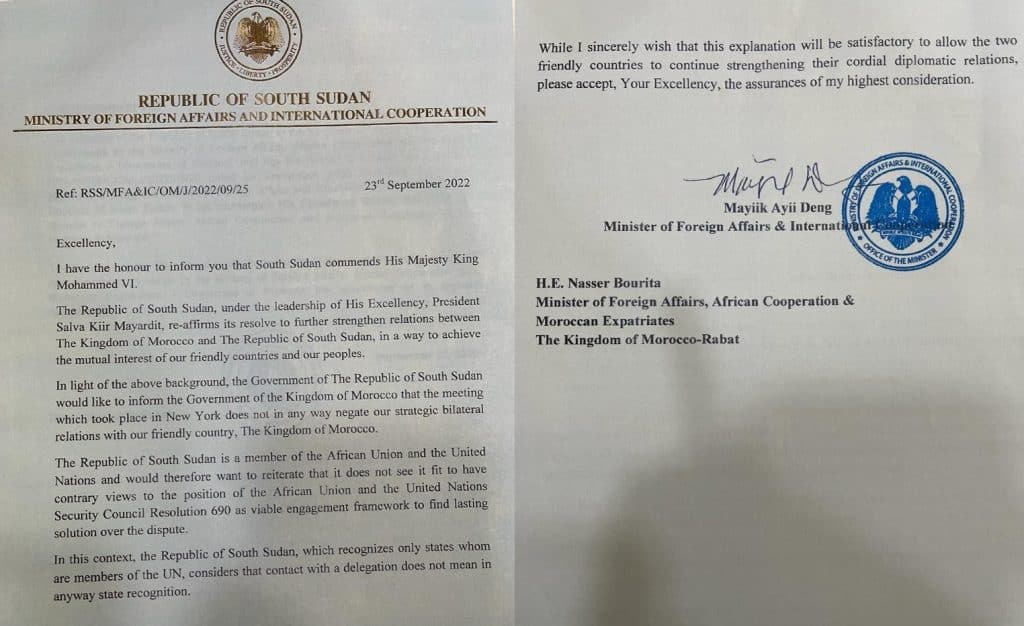 South Sudan, under the leadership of its President Salva Kiir Mayardit, salutes King Mohammed VI and “reaffirms its determination to further strengthen relations between the two countries so as to achieve the interests of our friendly countries and peoples”, reads- one on the letter.

Fouad Laroui: “Forget Casablanca, Fez, Marrakech, it is in Ben Guerir that things are happening today”