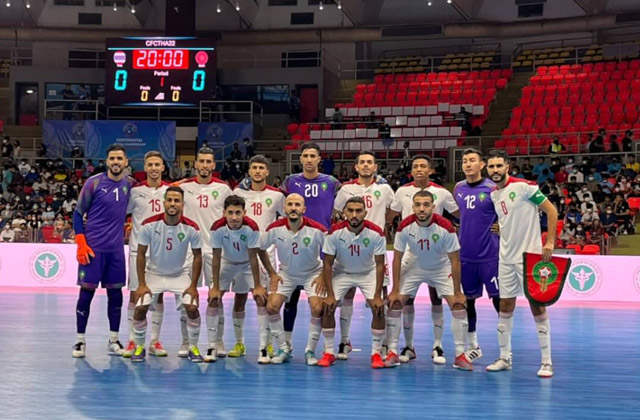 The Moroccan Futsal team qualified for the Confederations Cup final on Thursday after beating their Finnish counterparts 4-1.

during this match which opposed them in the semi-final of the competition organized by Thailand until September 16th. Abdullatif Fati, Khaled Bouzid, Svian Al-Masrar and Youssef Jawad were the scorers of the day!

The Moroccan team reached the semi-finals after beating the Mozambique team by four goals to two goals and drawing 2-2 against hosts Thailand.

In the final of this edition scheduled for Friday, Morocco will face Iran, who qualified by beating Thailand by three goals to two.

the Moroccan selection advances to the final