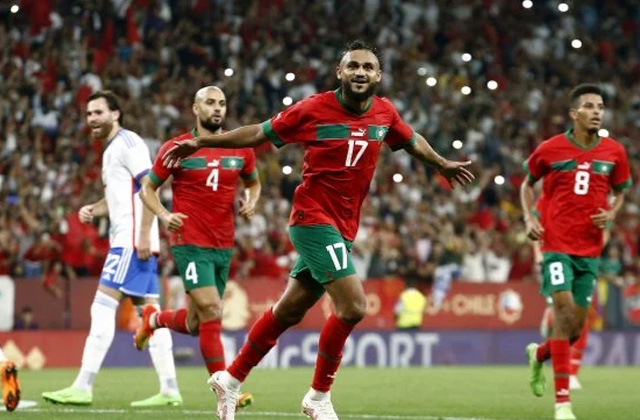 In their first friendly match, the Atlas Lions won 2-0 against Chile’s La Roja on Friday in Barcelona.

Dominating throughout the game, Walid Regragui’s proteges monopolized the ball but failed to find the fault in the Chilean defense in the first period. They had to wait until the 65th minute before opening the scoring through the intermediary of the Angevin, Sofiane Boufal on penalty.

The Atlas Lions doubled the score in the 78th minute on a magnificent strike from Abdelhamid Sabiri. A good start for Walid Regragui, who will have to confirm this performance in four days against Paraguay in Seville.

Next match of the national 11 next Tuesday against Paraguay which won 1-0 this Friday against the selection of the United Arab Emirates.

the notes of Coach Walid and his Lions

the Wydad of Casablanca wins the bet

Amine Harit and details on his purchase option