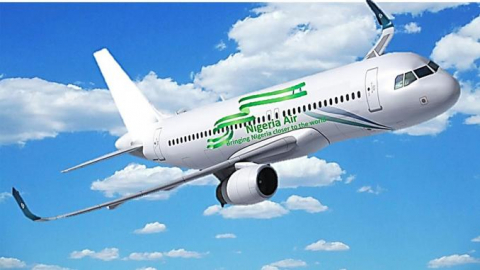 #Other countries : Nigeria to relaunch its national airline. Renamed Nigeria Air, it will be backed by the first African airline, Ethiopian Airlines, already behind many capital partnerships on the continent.

Nigeria, which has not had a national airline since 2003, the year of the disappearance of Nigeria Airways, will launch a new public company in 2023. And to succeed in this bet, the Nigerian authorities have opted for the backing of the new company to Ethiopian Airlines, the leader in air transport in Africa.

Ethiopian Airlines will thus be the technical and capital partner of the new Nigerian airline, called Nigeria Air, in which it will hold 49% of the capital. In addition to the capital contribution, the Ethiopian company will provide the new company with technical and administrative staff and part of its fleet with Boeing B737 and Bombardier Dash 8-400 aircraft.

These aircraft will be added to the three aircraft that the Nigerian government has decided to acquire for the company which obtained its operating license from the Civil Aviation Authority of Nigeria (NCAA) last June.

For the Ethiopian pavilion too, it is a boon because it will integrate a market with strong potential, Nigeria being the most populated country in Africa with more than 220 million inhabitants. The country enjoys a strategic geographical position which could make Lagos, the economic capital, a third hub for Ethiopian Airlines after Addis Ababa Bolé (Ethiopia) and Lomé (Togo).

>>> READ ALSO: Here is the colossal amount paid by Nigeria for the maintenance of its planes abroad in 2021

It should be recalled that Ethiopian is linked by capital and strategic partnerships to several airlines on the continent, including Malawian Airlines, Zambian Airways, Asky Airlines, Tchadia Airlines, etc. Advanced discussions are underway with other companies, particularly with the authorities of the Democratic Republic of Congo (DRC) for the launch of Air Congo.

It should be noted that while Asky is considered a model of successful partnership between Ethiopian and private Africans, making Lomé a real hub in West Africa, with a fleet of a dozen aircraft and a network of over of 22 destinations, the partnership signed with Tchadia Airlines is a failure (put into liquidation).

>>> READ ALSO: Air Transport. This is how Ethiopian Airlines asserts its domination of the African skies

Ethiopian Airlines is certainly the best managed airline on the continent. It is one of the few to be profitable at the continental level. For the 2021-2022 financial year (from July 1, 2021 to June 30, 2022), it achieved, despite a difficult context, a record profit of 937 million dollars, despite the surge in the price of kerosene, the effects of the the Covid-19 pandemic and the lack of foreign currency from certain partners, focusing in particular on the increase in the volume of people transported and above all on the sharp drop in operating expenses.

The company has a fleet of 139 aircraft and covers a dense network of 125 destinations. It was the 5th largest airline in the world by number of destinations served in 2019.

77th UN General Assembly: Opening of the general debate with the participation of Morocco

The delicate question of compensation for harkis and their children