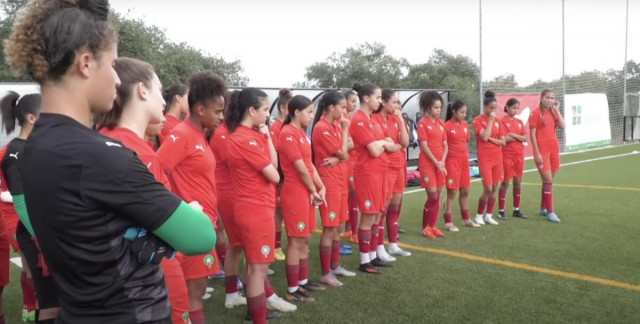 The U17 women’s national team has completed its preparations to face, this Tuesday, September 20 in Santarem, Portugal, as part of its preparations for the 2022 World Cup. Players and technical staff say they are driven by great determination to achieve a good performance.

In statements to the site of the Royal Moroccan Football Federation (FRMF), the players of the national team expressed their enthusiasm, believing that they were ready to perform well and emphasizing the progress of the training course in excellent conditions. terms.

For the national coach, this double confrontation will serve as a test to fine-tune the preparations of the team and to determine which of the players are best suited to continue the adventure.

These two matches are part of the preparations of the Lioncelles de l’Atlas for the final phase of the next 2022 World Cup which will take place in India from October 11 to 30. At the World Cup, the national team will play in Group A with the host country, the United States and Brazil.

a new edition around the Morocco brand