After the suspension by the Moroccan authorities, on November 29, of international flights to the Kingdom, all the necessary services and resources have been mobilized to ensure the repatriation of Moroccan citizens who have traveled outside the national territory.

Thousands of Moroccans stranded abroad have already benefited from the repatriation operation. This is what emerges from the latest figures released by the government following the launch of airlifts to repatriate citizens stranded abroad. In detail, some 5,760 Moroccans, who were stranded abroad following the decision of the Moroccan authorities to suspend international flights to the Kingdom on November 29, were repatriated via airlifts from the United Arab Emirates, the Portugal and Turkey, according to the Minister Delegate in charge of relations with Parliament, government spokesman Mustapha Baitas, who was responding to a question in the House of Representatives on the situation of Moroccans stranded abroad, indicating that the he repatriation operation benefited some 5,760 citizens during the period from December 15 to 22, 2021.

The same source specified that after the suspension by the Moroccan authorities, on November 29, of international flights to the Kingdom, all the necessary services and means were mobilized to ensure the repatriation of Moroccan citizens who have traveled outside the national territory. for reasons of tourism, professional, family or medical and which found themselves stranded abroad. In this sense, the government official indicated that in coordination between the competent Moroccan authorities, in particular the ministries of foreign affairs, the interior, health, transport and tourism, as well as the General Directorate of National Security , airlifts were organized from three countries, namely Portugal, Turkey and the United Arab Emirates, explaining that the choice was made on these countries because they constitute regional transit zones which allow target and facilitate the return of Moroccan citizens stranded in the various continental regions in which they are largely concentrated (Europe, Asia, Arab world).

This operation made it possible to repatriate between 1,000 and 1,500 people daily, by adopting objective and precise criteria concerning the beneficiaries, applied in a flexible and civic manner by taking into account the particularities on a case-by-case basis, noted the Minister, noting that the concerned citizens fully subscribed to this operation, in all conscience and responsibility. He also indicated that these special flights took place in accordance with a special health protocol which consisted in providing the result of the PCR test at least 48 hours before the flight, to quarantine for seven days in designated hotels. for this purpose at the expense of the government, to carry out PCR tests during the quarantine period every 48 hours and to take care of all those who test positive, whether at the airport or at the hotel, by the authorities competent sanitary facilities. 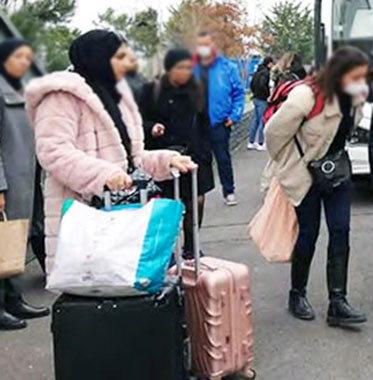 According to the government spokesperson, the returnees were distributed to hotel establishments designated for this purpose in the cities of Agadir (1,937 beneficiaries), Marrakech (1,550), Casablanca (935), Fez (669) and Tangier (669). ), knowing that among the returnees, some have already completed the period of medical isolation at the hotel. In application of the High Royal Guidelines, great efforts have been made with a quality logistics organization to ensure the smooth running of this operation, through the mobilization of planes, the performance of medical analyzes on arrival, the organization of internal transport from the airport to the hotels and the performance of new analyzes every 48 hours. Regarding ticket prices, the official stressed that great efforts have been made to make them within the reach of travelers although repatriation flights have been scheduled with low capacity, sometimes not exceeding 25 to 30 times. %, noting that the announcement of flight dates at least 48 hours in advance allowed travelers to make their necessary arrangements and obtain their tickets. 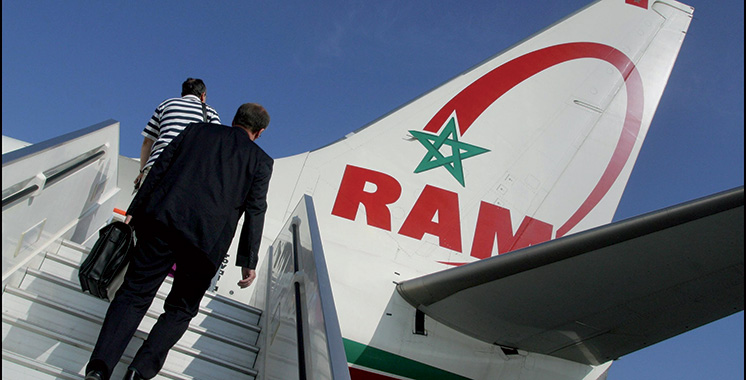 RAM has just announced a detailed schedule of special flights starting January 1. It is thus a question of 3 flights per week for the following destinations: Tangier-Barcelona, ​​Nador-Brussels, Tangier-Brussels. The national company announced a daily flight to Casa-Paris and Casa-Brussels. According to the same source, this is 5 flights per week for Casa-Milan and Casa-Barcelona.

the Greens come out of isolation