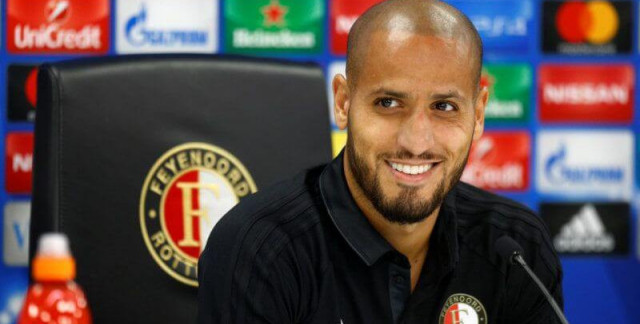 After his retirement, the former Lion of the Atlas, Karim Ahmadi started a new adventure where he aspires to convert in the technical field. But not only, the Moroccan midfielder is also starting a career as a consultant-analyst.

After hanging up his boots recently, Karim Ahmadi, former Atlas Lions midfielder and captain of Saudi club Al Ittihad, will try a new career as a technician. To do this, he intends to return to his sources, namely the Netherlands where he put on his first crampons.

“I ran into Rini Coolen (Coach of Feynoord editor’s note), this Thursday during the club’s match against Sturm Graz. I want to join the young people of Feynoord soon. To see how the coaches are doing and if I will have fun to do it myself. I’m going to follow the training a bit,” Karim Ahmadi told the Dutch press.

Nothing official for the moment but the reflection is being done within the technical direction of the Rotterdam club to be able to insert the child of the club in the technical staff of the youth categories. But the determination of the Atlas Lion is great to retrain in this area.

In addition, Karim Ahmadi continues his work as a consultant and analyst for certain media in Holland. “I also like to watch the matches and discuss them afterwards. And to add that even far from the Netherlands, he followed local football in all of his categories and that he is well aware of what is happening in Dutch football.

As a reminder, Karim Ahmadi was born in the Netherlands but chose to play for his country of origin, Morocco. He played in several Dutch clubs and mainly in Feynoord Rotterdam and was selected for his debut in the Moroccan U20 national team in 2005. He also played for one season for Aston Villa then ended his career in Saudi Arabia at the club of the Ittihad.

Portrait. Giorgia Meloni, an ex-fan of Mussolini on the threshold of power in Italy, H24info