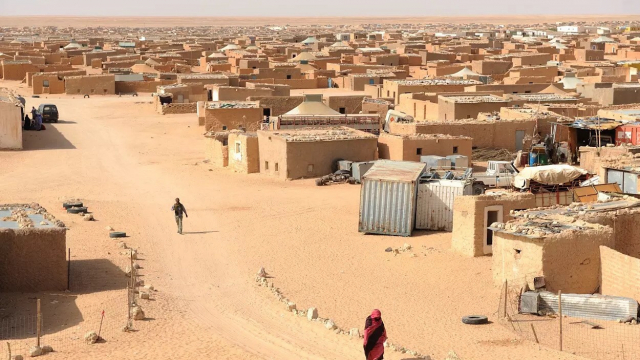 Mahjoub Salek, general coordinator of Khat Achahid (“Line of the Martyr”) in reference to Mustapha El Ouali, underlined yesterday, Thursday September 22, 2022, that “the Sahrawi Movement for Peace” has become the true “representative of the Sahrawi populations” .

“You, representatives of the Saharawi people, you must find a solution to put an end to this dispute through negotiations with Morocco, the UN and its personal envoy”, indicated Mahjoub Salek in a message addressed to the participants in the 1time International Conference for Peace and Security in the Sahara, held in Las Palmas.

“The campaign led by the Polisario against this conference, through insults and threats, confirms that the Sahrawi Movement for Peace is on the right track,” he added.

“Khat Achahid with its executives, its leaders and all its components supports you to find a solution to this conflict which has lasted only too long, a solution which saves our families, our women and our children who have suffered for 50 years before their eyes. leaders who enrich themselves at the expense of their suffering,” he explained.

“You are the symbol of reform and overhaul. The Sahrawi people have a lot of hope in you, you have to be there and up to it”, concluded Mahjoub Salek.

The international conference for peace and security in the Sahara, which will continue this Friday, has the participation of several Spanish political personalities, international researchers, journalists and Chioukhs and notables of the Sahrawi tribes.

During the inaugural session yesterday, Thursday September 22, 2022, several Chioukhs and notables of Sahrawi tribes stressed that the autonomy plan presented by Morocco remained the one and only solution to definitively close this artificial dispute.

For his part, the former United States Ambassador to Morocco (from 1997 to 2001), Edward Gabriel, called on the UN Security Council to move towards a lasting political solution to the Sahara issue on the basis of the autonomy plan proposed by Morocco.

“Morocco presented in 2007 a proposal which was described as serious, credible and realistic by the UN Security Council, which is called upon to move towards this solution with the support of the United States”, affirmed Edward Gabriel. , in a message addressed to the participants of the 1time International Conference for Peace and Security in the Sahara.

Australia: race against time to save the last cetaceans stranded on a beach