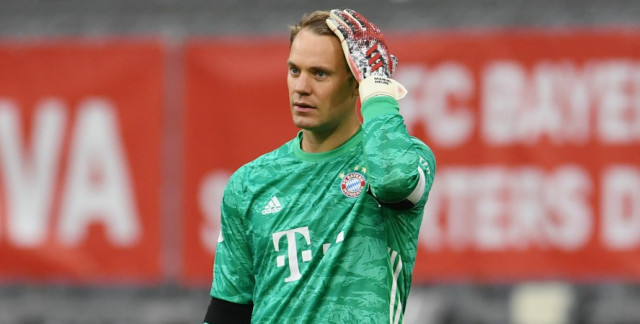 Germany goalkeeper and captain Manuel Neuer and midfielder Leon Goretzka tested positive in Frankfurt on Wednesday ahead of Nations League matches against Hungary on Friday and England three days later.

The two players from Bayern Munich, where the Moroccan international Noussair Mazraoui plays, immediately left the Mannschaft rally and will not take part in the two matches that Germany will play.

Hoffenheim goalkeeper Oliver Baumann has been called up to make up for Neuer’s withdrawal, and Goretzka’s replacement should be known on Wednesday afternoon.

Testing negative when they arrived at the rally on Monday, Neuer and Goretzka were tested again on Wednesday after someone close to them tested positive.

With a record of one win and three draws in four games, Hans-Dieter Flick’s men are second in Group C, one point behind Hungary.

15 new contaminations and one death recorded this Wednesday, H24info

Germany: Neuer and Goretzka, teammates of Mazraoui, positive for Covid,