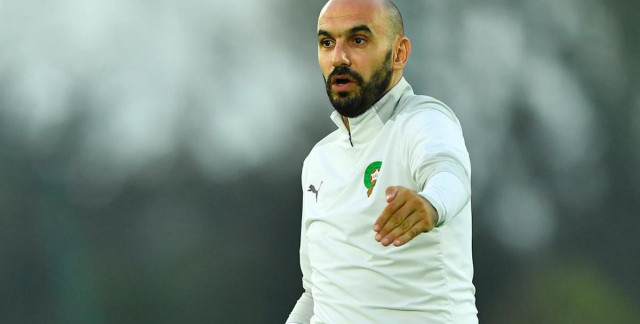 For his first major outing at the head of the national team, Walid Regragui will have his work cut out against Chile tonight in Barcelona. He must obtain a favorable result to reassure public opinion. Here is the probable composition of the Atlas Lions.

The result counts but also the way. The meeting this Friday evening (8 p.m.) against Chile is eagerly awaited by football enthusiasts and supporters of the Atlas Lions.

Walid Regragui, who reconciled the “banned” with the national team, will have to give an idea of ​​his game system and prove that he has succeeded, even in such a short time, in creating synergy between the players.

The national coach has, in addition to having benefited from the sine qua non to prepare for this meeting, has an important asset: the morale of the players is in good shape and the atmosphere is good.

The match against Chile will undoubtedly not be a simple walk in the park. But the determination of the Lions, as they expressed in their statements to the press, is great to live up to the expectations of the public.

Here is the probable eleven of Walid Regragui

Did Pedro Sanchez change his speech before the UN General Assembly, H24info