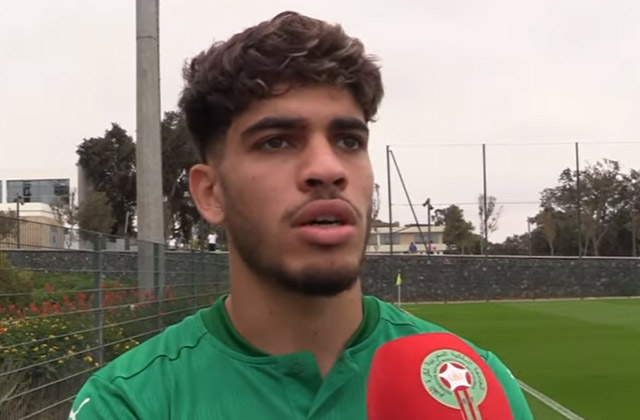 Osasuna young striker Abdessamad Ezzalzouli aka Ez Abde is on his second internship with the Atlas Lions after his stealth spell in the den in March 2022.

In his statements to the website of the Royal Moroccan Football Federation (FRMF), Abdessamad Ezzalzouli was no exception to the rule, and like all players who appear in front of the FRMF camera and microphone, he expressed his joy to be called up with Walid Regragui’s Atlas Lions after his baptism under Vahid Halilhodzic.

“I am happy to be back with the national team and my teammates. We will prepare for the World Cup as you know and we will play two friendly matches against Chile and Paraguay,” said Abdessamad Ezzalzouli in substance.

Discussing the World Cup, Qatar 2022, the 20-year-old striker explained that “the World Cup draw put us in a tough group alongside Croatia, Canada and Belgium. But the national team has top players, and I believe we will achieve good results.“

“Starlight”: A new program to discover talents on 2M from October 25

15 new contaminations and one death recorded this Wednesday, H24info