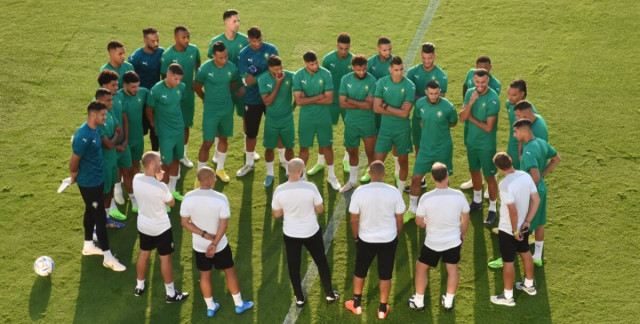 Atlas Lions fans and football observers will have the opportunity to follow their first outings live, against Chile and Paraguay, under the rule of new national coach Walid Regragui. Here’s where and when to follow these two friendly matches live.

The two friendly matches against Chile, on September 23 in Barcelona and Paraguay, four days later in Seville, are all the more expected as these are the first outings of the Atlas Lions under the leadership of the new national coach Walid Regragui.

Atlas Lions fans and football watchers will have the opportunity to follow these two important matches live on Arryadia.

The third channel of the SNRT group announced, this Tuesday, September 20, that it will retransmit these two tussles.

Good news to put to the credit of Arryadia, which is not the first of its kind, and which accompanies large-scale events, the last of which is none other than the Intercontinental Futsal Cup in Thailand where Hicham Dguig’s Lions won the trophy.

arrest of an individual who hacked international communications, H24info

Web review. The canvas reacts to the participation of Prince Moulay Rachid in the funeral of Queen Elisabeth II