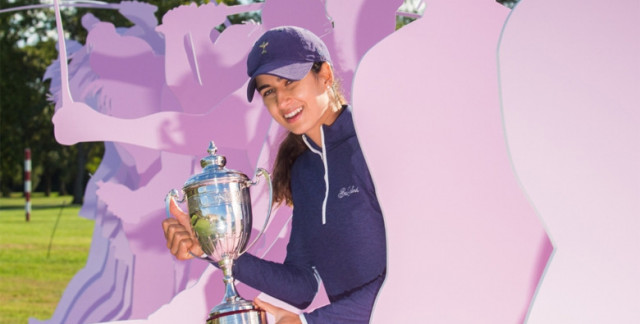 The Moroccan golfer Inès Laklalech estimated, Tuesday in Casablanca, that her coronation at the Lacoste Ladies Open de France constitutes a great motivation to make more efforts in order to reach a high level.

In a statement to M24, MAP’s continuous news channel, upon her arrival at Mohammed V airport in Casablanca, Inès Laklalech, 24, said that this title is strong moral support for making a greater effort and honor Morocco on the international scene.

She added that winning the not easy Lacoste Ladies Open de France in her first year as a professional player is a source of pride for her as the first Arab and Moroccan to have won this title.

Regarding her future prospects, she stressed that “it would be great to guarantee my participation in the Olympic Games scheduled for Paris in 2024, and to be on the Olympic podium to repeat the exploits of other Moroccan champions”.

The president of the Technical Commission of the Royal Moroccan Golf Federation, Jalil Benazzouz, for his part, described the coronation of Inès Laklalech as pride for golf at the Arab level, adding that this feat is in addition to the many others achieved by this sports in recent years.

“After the participation of the player Maha Haddioui in the Rio De Janeiro 2016 and Tokyo 2020 Olympic Games, we would like the two Moroccan champions to be present at the next edition scheduled for Paris”, he noted, estimating that Like Saïd Aouita, Nawal El Moutawakel and other athletes, Inès Laklalech has become an inspiration for young Moroccans and an example to follow.

More than 600 African migrants deported from Algeria to Niger, H24info